We Rule The World by Happy Hoes

As you may remember, last year there was a brilliant campy song on my Top 20 countdown called "Don't Try To Steal My Limelight" by Miss Inga featuring Dominika Peczynski & La Camilla (both of Army Of Lovers fame). The song came in at #8. Well, the three have decided to carry on as a music group, this time with Martin Johansson leaving his drag persona, Miss Inga, behind. The group chose the name Happy Hoes! Yes, that is right … Happy Hoes. 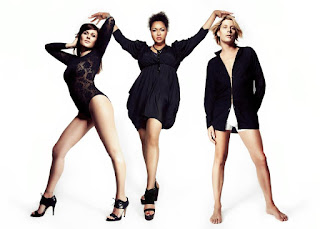 I initially found out about them through Scandipop.co.uk and found further information at ArmyOfLovers.net. Pictures are from the group's Facebook page. 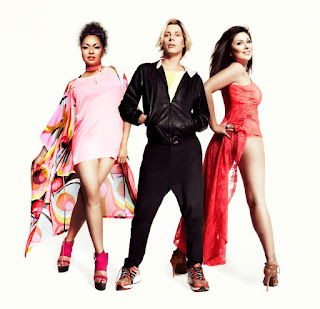 It appears that this summer Happy Hoes played at Stockholm Pride and they even released a single called "We Rule The World." It's a fun little dance song with a catchy chorus. Martin, Dominika or La Camilla aren't the best singers, but that is part of the charm. Thankfully some additional singers on the chorus. Nothing wrong with that, though. Unfortunately, there isn't a video for the song. If there is, it isn't on YouTube. You can listen to the song by clicking on the title above. 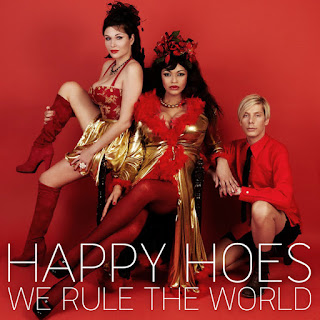 Well, if all of this wasn't great news … Happy Hoes are releasing a Christmas song! And naturally, it is called "Happy Ho Ho Ho!" Apparently there is a video for it. However, the video was already taken down off of YouTube. Hopefully there will be a link soon. However, don't despair! Happy Hoes performed their new holiday classic on Swedish TV last week. And thanks to the wonders of YouTube, you can view the performance here. You might wonder, who is that little girl singing with them? Why it is Dominika's daughter Hannah. And she is quite the singer!

If all of this isn't enough to get you super excited, there is more news. According to the Swedish tabloid Expressen, Happy Hoes might be participating in Sweden's Melodifestivalen, a pre-contest to Eurovision. They have submitted a song! Let's hope they get chosen because you know it would be a hoot! They are still waiting on confirmation.

Dominika was interviewed by the tabloid and she said, “Singing live is not something I’m looking forward to. But it would be reason enough to make me take singing lessons.” Hahahaha!

Another Swedish tabloid, Aftonbladet, asked former Army Of Lovers bandmate, Alexander Bard, what he thought of Happy Hoes doing Eurovision. He replied, “Our universes are so different that I don’t have anything to say about it. Freakshow isn’t part of my universe.”
La Camilla quickly replied: “What’s wrong with a freakshow? That’s exactly what Melodifestivalen is, isn’t it?”

Posted by Davearama at 7:17 AM No comments:

I Know Him So Well by Melanie C featuring Emma Bunton

It's a SPICE Girl reunion of sorts. Melanie C (aka Sporty Spice) and Emma Bunton (aka Baby Spice) have recorded a cover of "I Know Him So Well." 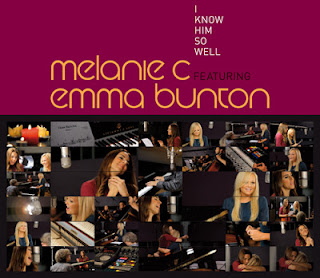 The song is from the musical Chess. The song was written by Tim Rice and the guys from ABBA: Benny Andersson and Björn Ulvaeus.

The song is taken from Melanie C's latest album called Stages. The album is full of covers of her favourite songs from musicals. 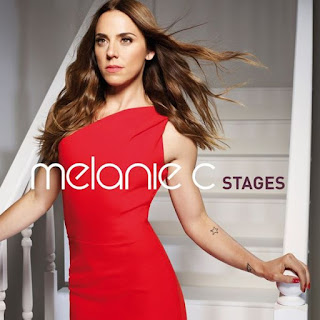 You know I prefer my songs with a disco or funky beat, but as far as ballads go, this one is all right. The video is nice. Both ladies look all grown up. Check it out. And it is epic because of the two Spice Girls coming together.


Now hurry up have a full SPICE GIRLS reunion!

"I Know Him So Well" and Stages are available on iTunes.


Posted by Davearama at 7:12 AM No comments:

30 Days by The Saturdays

Sorry I've been away. Not only am I pop music fan, but I am also a political junkie. So most of my free time was taken up by the US Presidential Election. And I am very happy the President Obama was re-elected for a second term. That means I can go back to normal (whatever that is) and start updating Poptastic Confessions on a regular basis.

As you might remember last year, the UK girl group The Saturdays went to #9 on my Top 20 list with their hit last year "All Fired Up." Earlier this May, they released a single in the UK called "30 Days." 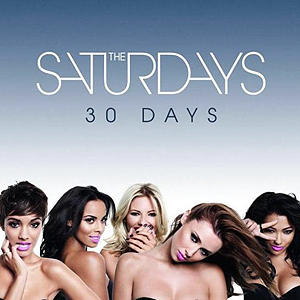 The Saturdays are ...
Frankie, Rochelle, Mollie, Una and Vanessa

Sometimes, I am a bit late to the party when it comes to some pop music. I was a bit slow to get the The Saturdays' single. I think I might have bought it in July. And I thought it was just OK. Well, as time went by I've started listening to the track more and more. The song has really grown on me. It wasn't until my last entry about Girls Aloud that I realized that I hadn't talked about The Saturdays this year. Tragedy, I know.

That leads me to this entry. The song is definitely a grower and I love it. So watch for it to be in my Top 20 at the end of the year.

But there is more good news! The Saturdays are coming to the United States! HOORAY! They have a reality show on E! It starts in January and it will be called "Chasing The Saturdays." Now, if you would like to know more about the group, Popjustice recently had an article about everything you've ever wanted to know about them, and it is written for the American reader. Read it here.

They will have a new single out in January (I think) called "What About Us." You can hear a remix by clicking on the name. In the meantime, here is the video for "30 Days."

The Saturdays music is not available in the US on iTunes just yet. However it is available on mp3va.com with a prepaid account.
Posted by Davearama at 7:24 AM No comments: