Born on the Bayou by Glass Slipper

Everyone's favourite electro deep-house duo are giving away another FREE track! And it's an electro-funky remake of "Born on the Bayou" originally by Creedence Clearwater Revival. 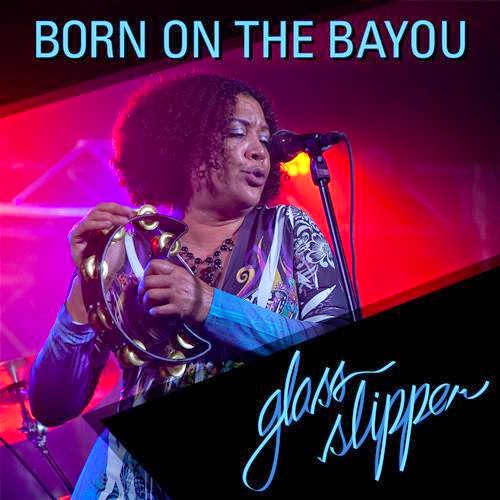 And as Brad Electro told me, "Doesn't Lisa look awesome for the cover?" Um, yes she does! And she sounds great, too! The music is awesome! Brad Electro said, "We sat down in the studio one Sunday and asked: 'What would happen if John Fogerty met Roger Troutman?' This is our funky answer." Just have a listen ...


Exciting times for Glass Slipper! They are gearing up for their next release called "Universal Love Vibe" on Whiskey Pickle Records. It's coming next month with remixes and another track called "Caught Up" with mixes of that, too! Click on the song title to hear clips of the EP. Stay tuned for more information about that! Hopefully there will be a video for it!

To get the FREE DOWNLOAD, head over to Glass Slipper's SoundCloud page. And remember to "like" their Facebook page to keep up with the latest info. And help promote them on your social media websites! Spread the gospel of Glass Slipper!

P.S. If you like "Born on the Bayou" ... then check out Glass Slipper's other amazing tracks ...

The Swedish dream-pop duo Say Lou Lou are back with a tune that isn't dream pop! Instead, it's a rather catchy dance-pop number that will have you grooving in no time! The song is called "Games For Girls." 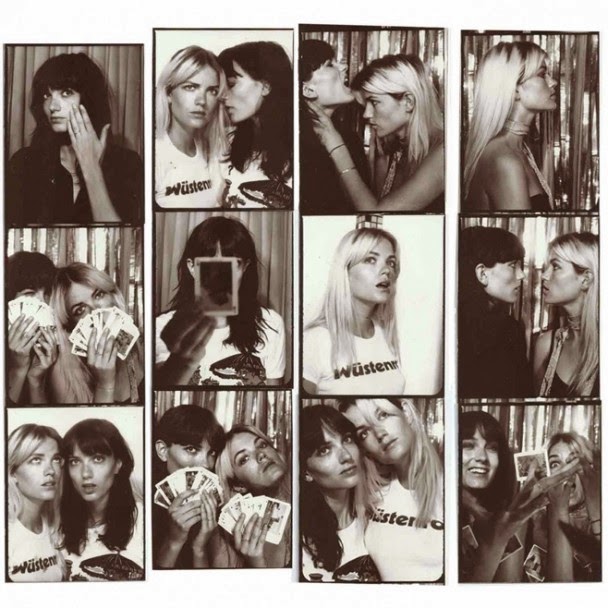 The song is a collaboration with Lindstrøm, who is a Norwegian producer. So the sound is a bit of departure for the twin sisters. And while I loved their single "Everything We Touch" earlier this year, I also really like the dance vibe this has.

Check out the cute video … Maybe it is the police, but it sort of reminds me of the video for "Cruel Summer" by Bananarama.

I'm not sure when the song will be available for download. Stay tuned.

Posted by Davearama at 1:07 PM No comments:

The Deer and the Wolf + Only Child by Sophie Ellis-Bextor

I know it's been quiet lately, and I'm sorry for that. Life gets busy and sometimes I just run out of time and energy. So this post is a bit of catch-up post. I have more new music to share with you, so hopefully I can get those written this week. 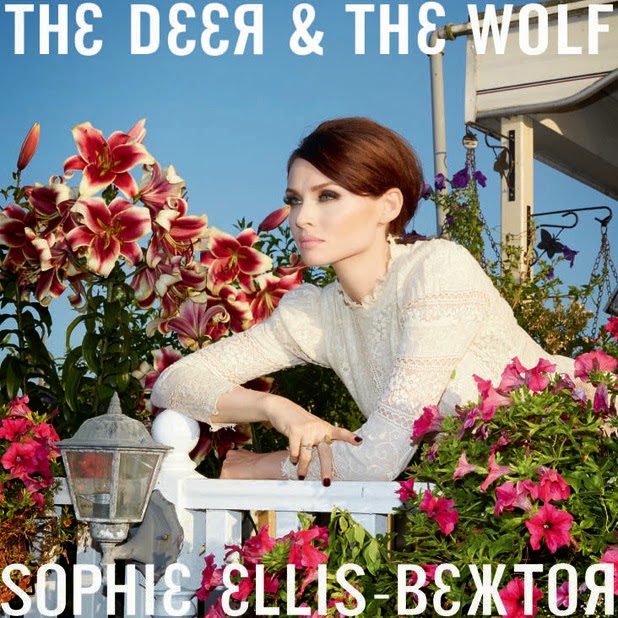 Well, Sophie Ellis-Bextor is busy! Last month(!), she released the latest single from her indie-pop album Wanderlust. The single is called "The Deer and the Wolf." And here is the video for that …

Sophie has also recorded a dance track (Yay!) with DedRecoking and the song is called "Only Child." Not sure if there will be a video or not, but you can hear it …

"The Deer and the Wolf" is available on most digital outlets. "Only Child" is currently only available on Beatport. And you live in the UK, you can catch Sophie on tour. 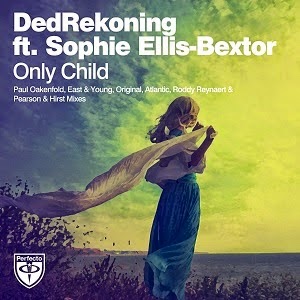 Posted by Davearama at 1:26 PM No comments:

Back in the 80s and 90s, I was crazy about the pop duo Erasure. After seeing them open for Duran Duran in 1987, I continually bought all of the albums until around 2006 when I lost interest. I have sporadically kept up with them since then, but I haven't liked much. Well, things have changed as they have a new song out called "Elevation" and I love it! 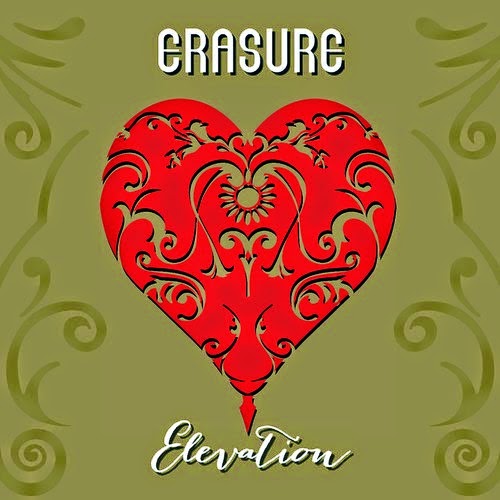 "Elevation" is the first single from their new album called The Violet Flame, which will be released later this month. The album has been produced by Richard X who, judging by the first single, has the duo back on track. 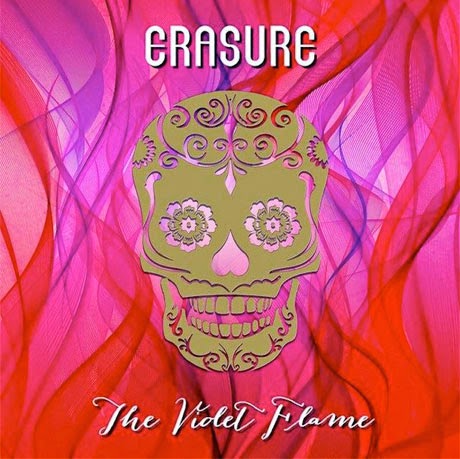 While Andy and Vince of Erasure don't appear in the video, you can check it out here and fall in love with the wonderful new song.

I enjoy this song so much, there is a good chance it will make the year-end Top 20 list!

"Elevation" is available on iTunes. The Violet Flame is released on September 23. Don't delay, buy it today and add it to your 2014 poptastic playlist!

Kiss And Not Tell by La Roux

La Roux has a fun new single called "Kiss And Not Tell." It is one of the best songs from the sophomore album Trouble in Paradise. 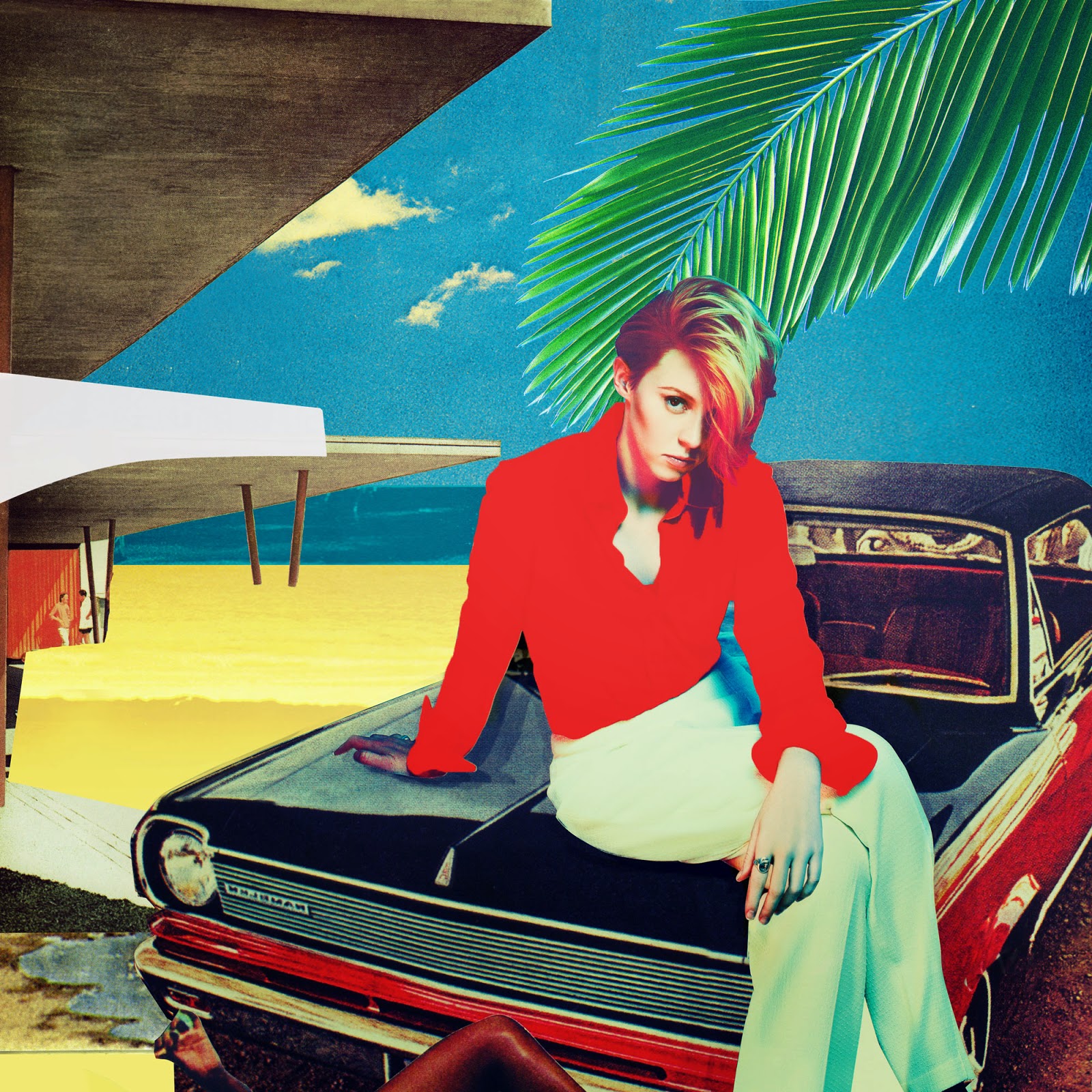 "Kiss And Not Tell" is a bubbly number. The melody is quite nice. The sound is a bit retro, but it sounds current. There is a lot going on in the music. It's really lovely. 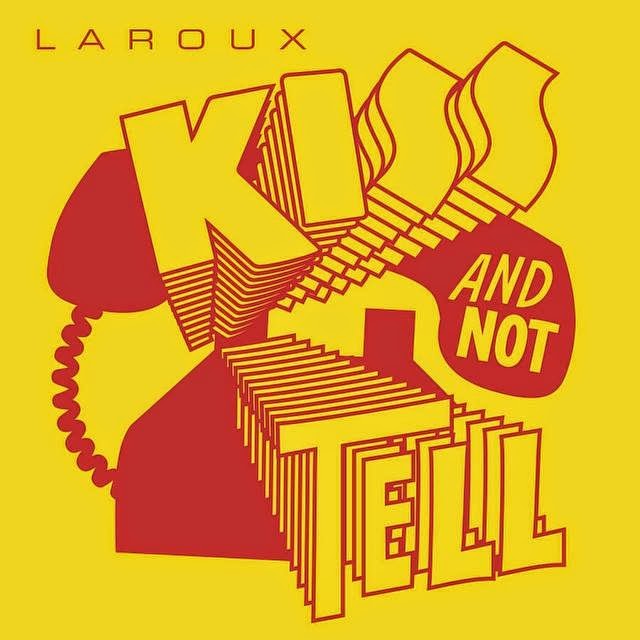 The video is awesome. Elly looks amazing! And all the faux ads and glorious telephones are super fun. Just have a look ...

"Kiss And Not Tell" is available on digital outlets everywhere on the album Trouble in Paradise. Don't delay! Buy it today and add it to your 2014 poptastic playlist!

P.S. The other two singles from the album were "Let Me Down Gently" and "Uptight Downtown." Click on the song titles to see what Poptastic Confessions had to say about them!
Posted by Davearama at 1:09 PM No comments:

Why Can't I Be You? by RABBII

There is a new Swedish duo called R.A.B.B.I.I., which stands for Revolutions Are Best Before Initial Inception. And you might recognize the members Felix and Jo because they were in Le Kid. 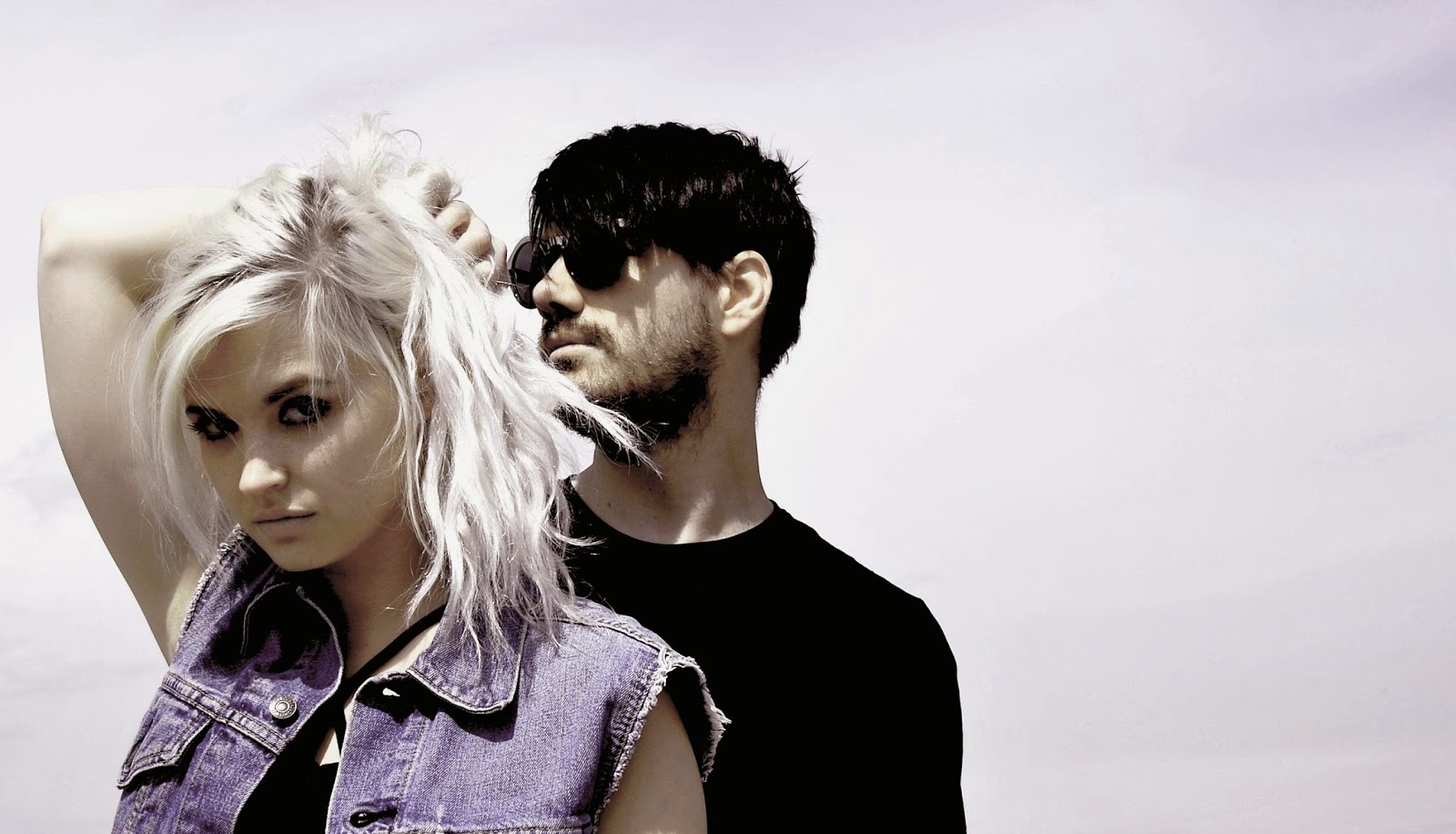 The new song is called "Why Can't I Be You?" and no, it's not a remake of The Cure song. Instead, it's a bit of a hypnotizing number. 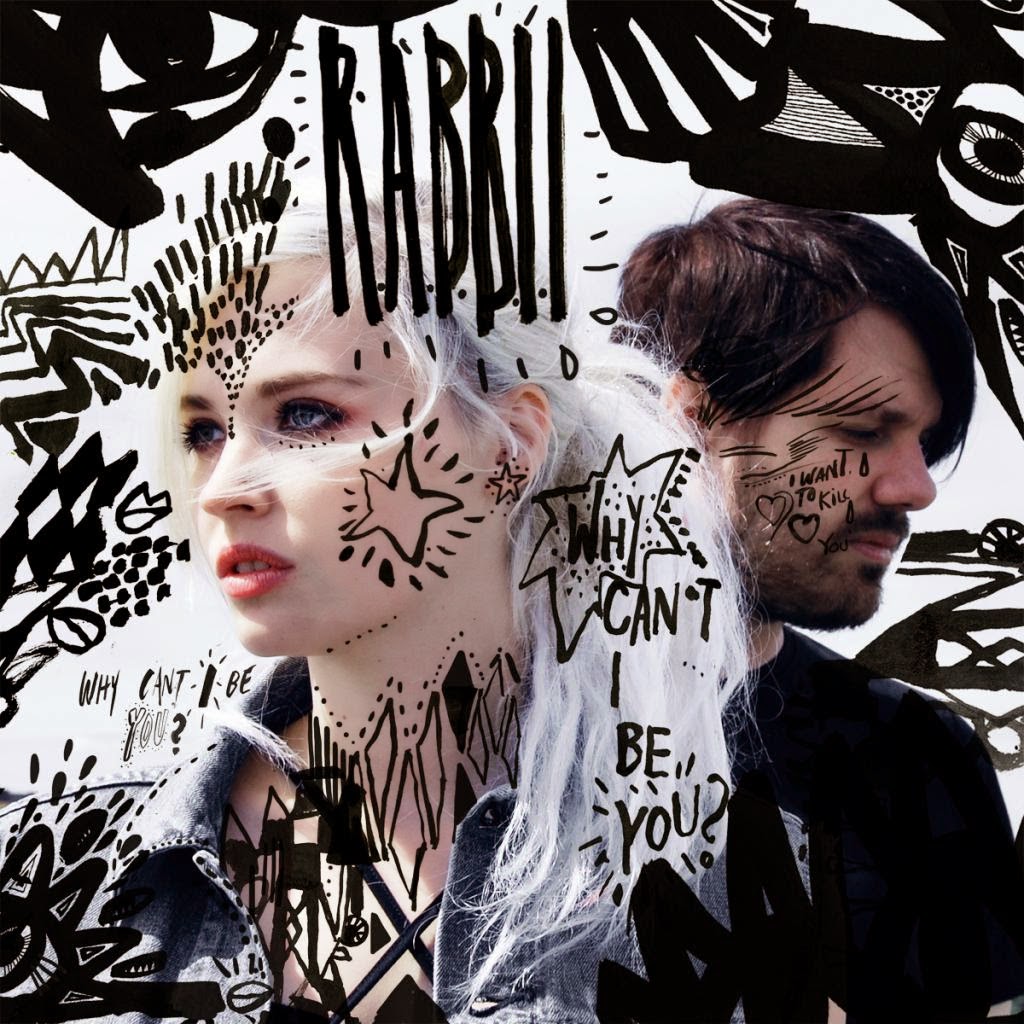 The video shows the joys and sorrows of young women in love. It makes you remember how hard teenage love can be ...

Edit: In my initial post, I wrote that I didn't like the lyrics "I wanna kill you." Even though I understood where the lyrics were coming from. Today, Jo wrote this on RABBII's Facebook page (which I hope you will "like" their page).

”Why Can’t I Be You” is about me, you and everyone else. It's about the worst part of me. How I have such a hard time feeling happy for some people’s success. How my envy makes me feel I want to kill them, tear their heart out and scream ”It should’ve been me!!”. At the same time, I love them, I admire them, and all I wish is that I was them. The weird mixture of love and hate, that I wish I didn’t feel. But do.

We’re so eager to show the best sides of ourselves to the world, but that’s really just a big f@%#ing lie. We all have these small, petty feelings, we all sometimes wish that bad things happen to good people just because we can’t stand others having what we don’t. Or maybe it’s just me, and I’m the worst human on this planet.

It’s also a feminist statement. How extremely and enormously f@%#ed up it is that women have bigger issues with this. As always, the privileged have everything to win if they can make the minorities fight each other instead of the common enemy. That’s why we need feminism, socialism and why we need it now!

It’s our take on how social gender is our enemy. On a more deep level it represent the complex relations between women and my own experience and feelings about how it makes me feel bad. It’s complicated. In a world like this women have to fight harder than men in almost everything. While most men pat each other on the back saying ”good job” coz they know that their privilege makes room for all of them at the top, women have to fight each other for the few spots in the limelight that we get.

I wanted the video to show women feeling envy, love and hate at the same time. How destructive this pattern is, and how nearly impossible it can be to free yourself from it. There’s no story, just a feeling that I hope emerges from it. Hope you like it!

I really like the song and the video. I think they've done a great job. But at the same time, I am still left uncomfortable with the lyrics. So I think it's important to remember that: Both can be true. I like it and I don't. Kinda like the lyrics themselves. 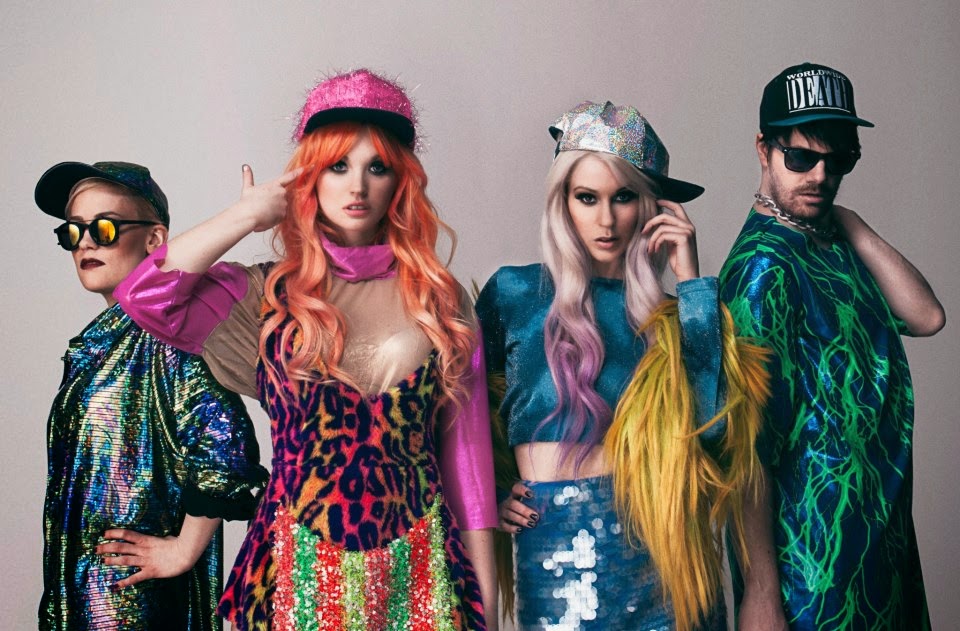 Now what does this mean for Le Kid? Well, the future is uncertain. Germany just released their album "Oh Alright", which includes new singles like "We Are Young" and "Physical" as well as brand-new track called "I Don't Dance." Amazon.de says "I Don't Dance" is the new single. We'll wait to see if there is any promotion.

I'm not sure when RABBII's track will be available for purchase. But I'll keep you posted.