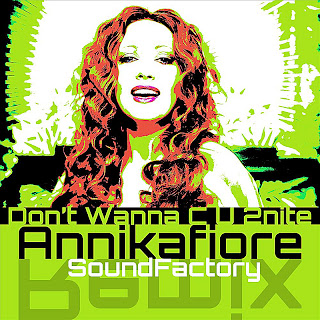 Hello Everyone. My first blog entry was about Annikafiore. However, I imagine that some of you might not know who she is.

Well, Annikafiore was a founding member of the Swedish pop group Alcazar. She left the group in 2005 to be a mother. In 2009, she came back with a new group called Avatar Versus Eve, which put out 2 singles and then disbanded. Annikafiore went solo and in 2010 she put out her first single called "Forbidden Love". This year, she released her first solo EP.

And here is the video!

Posted by Davearama at 9:40 AM No comments:

The bad news first ... Swedish pop group Alcazar is taking a break in August. Boooo. I thought they were working on the next album. Sad.

Now, the good news! They recently performed their latest single, "Feel 4 U" in Sweden. And the dance routine is FABulous. Enjoy!~

The UK's girl group Sugababes are back with a new single called "Freedom." But for those of you not familiar with the group. Here is recap of the crazy history of the group.

Siobhan, Mutya and Keisha debuted as the Sugababes in 2000. Their first single "Overload" went to #6 in the UK, but the next three singles didn't hit the top ten. Siobhan quit the group and they were dropped from their record label. 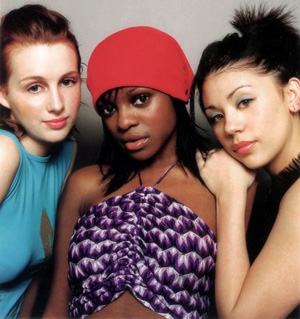 Mutya, Keisha and new girl Heidi signed a new deal in 2002 and had instant success. This incarnation of the group would have four #1 singles ("Freak Like Me", "Round Round", "Hole In The Head" and "Push The Button") and three albums in the top three, the last hitting the #1 spot. The Sugababes were at the top of their game. And then Mutya quit the group during the promotion of their #1 album Taller In More Ways in 2005. 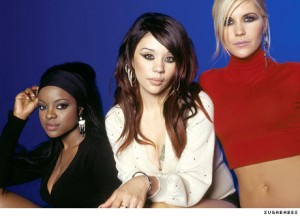 Keisha, Heidi and new girl Amelle kept the momentum going. Two more #1 singles ("Walk This Way" with Girls Aloud and "About You Now") followed, as well as another #1 album, Change. However, some of the singles weren't soaring up the charts like they used to. Rumours of infighting started to circulate. They even named their 2008 album Catfights and Spotlights. 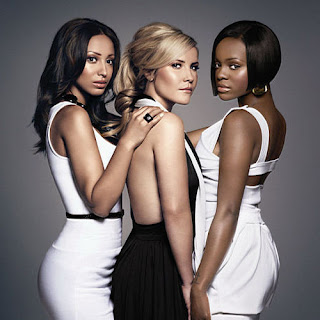 Heidi, Amelle and new girl Jade picked up the pieces and did the best they could. The backlash had set in. Critics and fans were tired of the lineup changes, especially since no original member was still in the group. Amelle checked herself into a clinic for depression, as a lot of fans blamed her for Keisha leaving. Despite all of this, they still managed two more top ten singles with "About A Girl" and "Wear My Kiss" and an album called Sweet 7 that was in the top 20. 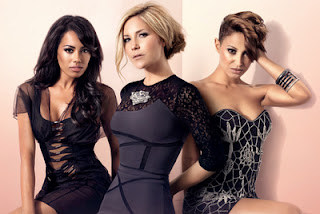 The group took over a year off to let the controversy die down. And now they are back with a brilliant new song called "Freedom." Unfortunately, the song isn't out until September! Yikes! But they premiered the song live this weekend in the UK. Here is the video of the performance. Enjoy!


Back in the 90s, there was a pop group called Savage Garden. You'd probably have to live under a rock not to hear some of their songs. If you need a reminder, their biggest hits were "I Want You", "Truly Madly Deeply" and "I Knew I Loved You."

Well, Savage Garden split, and the lead singer, Darren Hayes, has been a solo artist for sometime now. His biggest hits have been in the UK with 2002's "Insatiable" and 2004's "Pop!ular" (the latter being a favourite of mine!). Well, Darren has just released his latest single and it is called "Talk Talk Talk." It's not quite as edgy as "Pop!ular", but it's a good pop song that is more in line with his Savage Garden roots.

"Talk Talk Talk" is available now on US iTunes. Check it out!

Once upon a time, there was a dance pop group from Sweden called Army Of Lovers. They were deeply fab. The group started out with Alexander Bard (who was also in BWO and currently Gravitonas, and wrote a lot of songs for Alcazar), Jean-Pierre Barda and La Camilla. Their biggest hit was in 1991 with a song called "Crucified." It was massive in the clubs, and went something like this ...

Well, La Camilla left the group and was replaced by Michaela Dornoville de la Cour. After a year, they added Dominika Peczynski to the group. Michaela eventually left and La Camilla rejoined. And then the band went away after their last single in 2001 called "Hands Up!"

Well, all of that Army Of Lovers history leads me to a new single by a drag queen called Miss Inga. The song is called "Don't Try To Steal My Limelight" and features La Camilla and Dominika from Army Of Lovers. At first I wasn't so sure about the song. But the more I've listened to it and watched the video, I more I love it. Best of all, the song is on US iTunes already. And it's only 99 cents. Check out the video and consider buying the song! Enjoy!~

Me And My Microphone by September


Today's feature is September. Singer Petra Marklund goes by the stage name of September. I found out about her in 2007 when her songs "Satellites", "Cry For You" and "Can't Get Over" soared up the US dance charts. And at the time, San Francisco had the best dance music radio station … Energy 92.7. But alas, they don't play dance music anymore.

Anyhow, September just released her 4th album earlier this year. Her Swedish-language single "Mikrofonkåt" was at the #1 spot in Sweden for 11 weeks. That was massive. Lucky for us, September has recorded the song in English and it is called "Me And My Microphone." It is available on iTunes in the US, too.

Her next single is a fun track called "Party In My Head" and just this past week in Sweden, September performed her new song as well a spirited version of "Mikrofonkåt."

Apparently two videos have already been shot for both songs, so when they premier, I'll post them here. Until then, enjoy the fabulous performance.