We manage to see Jody Watley and Shalamar Reloaded (now branded SRL) in concert every year. Well on Saturday, we went to see them at the Alameda County Fair and the show was AMAZING! 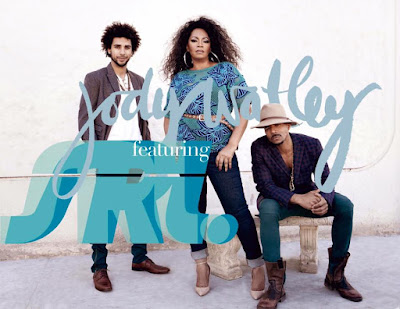 We live in close to the bay so we are used to our mild temperatures. When we arrived at the Alameda County Fair in Pleasanton at about 4:30pm, it was 103 degrees. We enjoyed walking around the fair (especially the air conditioned buildings) and we hung out in the wine garden while waiting for the show to begin. 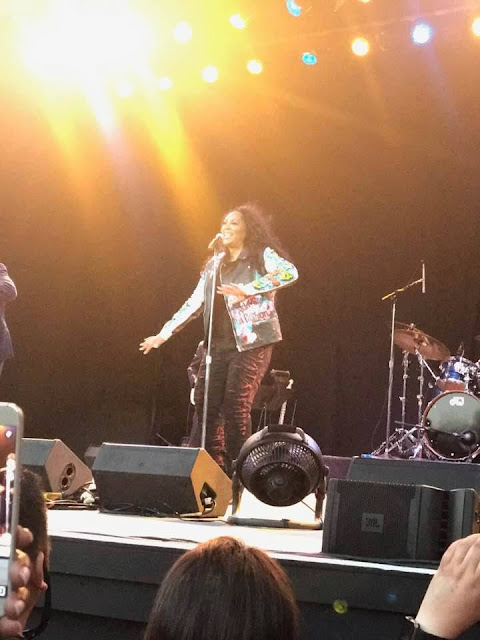 Thankfully, it cooled down by 8pm and Jody Watley emerged on stage with a set of five dancers led by SRL's Rosero. Jody looked absolutely fantastic and it was fun to see her wave at us. 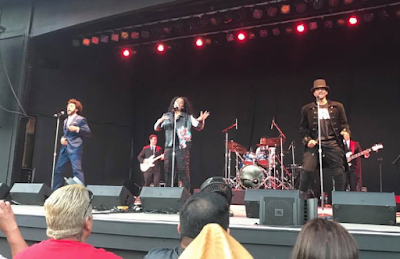 It wasn't long before Nate and Rosero joined Jody on stage for a string of classic Shalamar hits mixed in with some new songs, too. It was really nice to hear the crowd singing along with their last single "The Mood." (It was our #1 song of 2016!) 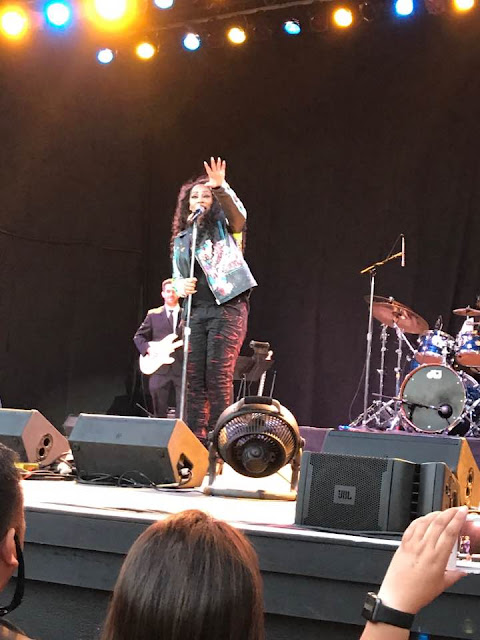 The show was electrifying! We were grooving the entire night. A touching moment came right before the grand finale when Jody sang a stripped down version of her hit "Everything." Jody showed off her powerful vocal range and had the crowd cheering throughout. 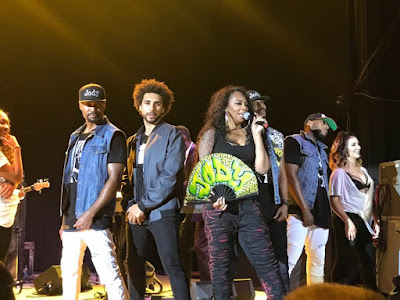 Our only complaint was that the concert had to be over by 9:30 so they had to wrap it up very quickly with a medley of "Looking For A New Love"/"Real Love." And we would have loved to have hear "Nightlife" too! After all, it was Poptastic Confessions #1 song of 2013!

If you haven't seen Jody Watley and SRL live, you really owe it to yourself to attend a show. Keep tabs with their official Facebook page for upcoming dates! In the meantime, you can buy their songs "The Mood", "O.R.I.G.In.A.L." and "SlowDance" as well as Jody's latest single "Sanctuary" on digital outlets everywhere. You can also find these songs on our 2015, 2016, and 2017 Poptastic Confessions playlists on Spotify!

Posted by Davearama at 3:01 PM