Call Your Girlfriend by Robyn


Robyn. You must know her. If not, get ready.

Anyhoo, Robyn hit it big in 2007 with song called "With Every Heatbeat." The haunting electro-ballad soared to the #1 spot in the UK. She followed with "Be Mine" and "Handle Me". And if you don't have her Robyn album, get it. You won't be sorry.

Last year, Robyn released three EP titled Body Talk with parts 1, 2 & 3. The biggest hit there was "Dancing On My Own", followed by "Hang With Me" and "Indestructible." All three songs are amazing.

But this summer, Robyn is promoting a song off the last EP. The song is "Call Your Girlfriend". I'm posting the video below. If you like it, head on over to iTunes or another legal download site and pick it up. If you get the other songs mentioned above also, you'll have a great introduction to the world of Robyn.

Why she isn't more famous in America is beyond me! Enjoy!~

Rock Me by Melanie C


Melanie C is back with her first new song in three years. Who is Melanie C? You might better know her as Sporty Spice from the Spice Girls. Melanie C's biggest solo hit was her dance tune "I Turn To You" in 2000. Since then, she's been turning out the more rock 'n roll than pop. And definitely not dance pop.

However, a Spice Girl reunion in 2007 and a baby later, Melanie C is out to make a more dance-oriented album this time around. The lead single is called "Rock Me." She has released two versions of the song. One version is an electro-rock-pop affair, while the other is called the "Dance Version". Guess which one I like more? Yep, the dance version!

Thankfully, the "Rock Me" single is available on iTunes worldwide! There are 2 versions of the song with a bonus track (what we oldsters used to call "b-side"). I've spent so much money over the years ordering CDs from the UK and Europe, that I find it refreshing that artists can make their songs available worldwide on iTunes.

Here is the video. If you like it, head on over to iTunes and buy it!

To celebrate New York being the 6th U.S. state to allow same-sex marriages, I thought I would chose a song to feature here that was about New York. Well, I've thought of a few, but nothing really grabbed me.

And then I remembered that Bananarama shot their video for "Cruel Summer" in New York City. And gay men love Bananarama! And it is summertime! I suppose it doesn't hurt that Bananarama are my all-time favourite group. It is where I get Davearama from, afterall.

Celebrate the victory in New York with the Nanas.

Posted by Davearama at 11:48 PM No comments:

I just found out that record-producer Martin Rushent died on June 4, 2011. I'm not sure why it took me 18 days to hear the news, but it did. And I am sad.

Martin was probably best known for his work with The Human League on their famous 1981 album Dare! He produced such hits for them as "Don't You Want Me" and "(Keep Feeling) Fascination." He also produced The Go-Go's 1984 album Talk Show.

I didn't really know that much about him, beyond that. However, in 2010 Martin produced the second album from one of my favourite groups, The Pipettes. The album is titled Earth vs. The Pipettes and it is amazing. Well, at the end of the year, I posted on Facebook my Top 20 Favourite Songs of 2010. The Pipettes' song "Call Me" came in at #3 and "Stop The Music" at #10. I posted this on The Pipettes' Facebook page, too. Later that day, I got a friend request from Martin.

I was over the moon! I accepted his friend request and told him it was an honor. We chatted a few times briefly. I saw The Pipettes live in San Francisco in May and I wrote to Martin and told him how good the new songs sounded live. I remember he told me that he liked the pictures I posted of meeting The Pipettes.

The Pipettes have said on their website that "Thank You" was Martin's favourite track of theirs, as it is one of my favourites, too. It is that track that I will post here. Thank you, Martin for help making the music part of the soundtrack to our lives.

If you are interested in hearing Martin's last work. You can download Earth vs. The Pipettes on iTunes.

Posted by Davearama at 1:01 PM No comments:

I was captivated by "Fireflies" last year and the rest of Owl City's album Ocean Eyes. Owl City is back and this time with a lovely song called "Alligator Sky." The video version has a rapper in it. And I like it well enough. However, the new album has two versions of the song — one with a rap and one without. I quite like both versions, but I'm leaning toward the non-rap version. Yes, I'm old school.

But see, not all the pop music I like is European! Owl City's new album All Things Bright and Beautiful is out on iTunes now. Enjoy the video ...

The Swedish group Alcazar have a new song this summer, and it is catchy! It is a collaboration with a debut act called Dream Beats. They are a production team (featuring Märta and Felix of Le Kid) who are going to feature a different vocalist with every single. 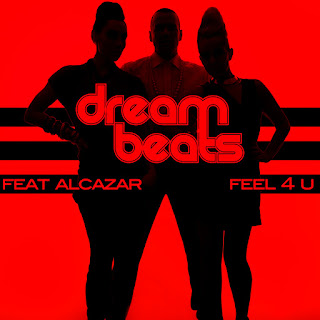 "Feel 4 U" is the name of the new track and it is fabulous pop gem that will happily get stuck in your head for days. I think there might be a sample in there of Earth, Wind & Fire's "September." But I'm not sure. They certainly name drop Earth, Wind & Fire as well as Donna Summer.

I think this is the feel good song of the summer. The video is a tad bit dark. I like the Alcazar bits, but not the freaked out woman bits.

Posted by Davearama at 2:40 PM No comments:

If you haven't heard of Sweden's Le Kid, check out their latest single "America." It was just released on iTunes in the U.S. Buy your mp3 today! Here's the link ...

Here is the fabulous video.

Preaching To The Choir by Annikafiore 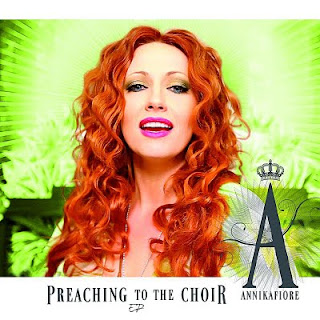 Annikafiore is back! And the world is a happier place! Preaching To The Choir is a fantastic EP! The first song, "Don't Wanna C U 2nite" is a tears-on-the-dancefloor song. Emotional. Divine.

The second song is "Love 2 Love" and it is an uplifting, euphoric dance pop track. It's very catchy. The lyrics are clever and the music is fresh. It will make you smile. The third song is "Shut Up And Dance" and it is full-on dancefloor stomper. Awesome!

And the fourth and final song is a remastered version of her single from last year, "Forbidden Love." I must admit, I listened to the first three songs about four times before giving this one a listen. However, I was pleasantly surprised to hear that is different to the original. There are more vocals, and the music has more going on.

All in all, this is FABulous effort from Annikafiore. And I'll be dancing and singing to it until the next EP! Live 2 Love, indeed!