Great news! The Queen of Cool Jody Watley has released her latest EP Paradise this week. She has written every song and it is filled with glamour, style and inspiration! The music ranges from disco to funky to house to chill. You're going to love it! 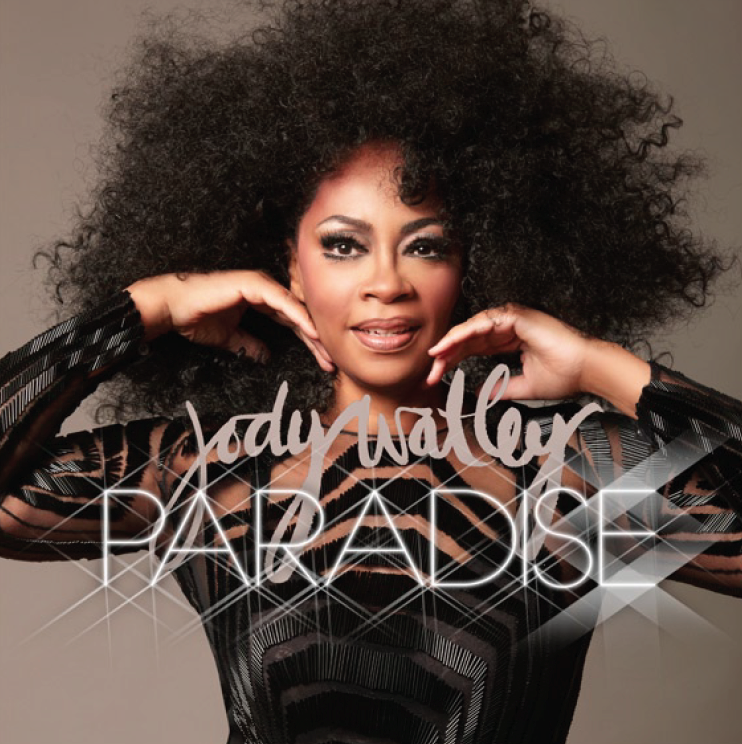 The first song on Paradise is the brilliant single "Nightlife" produced by Count de Money and Jody Watley. Now as you know, "Nightlife" was Poptastic Confessions #1 song of 2013. To read what I wrote about the song, click on the title. 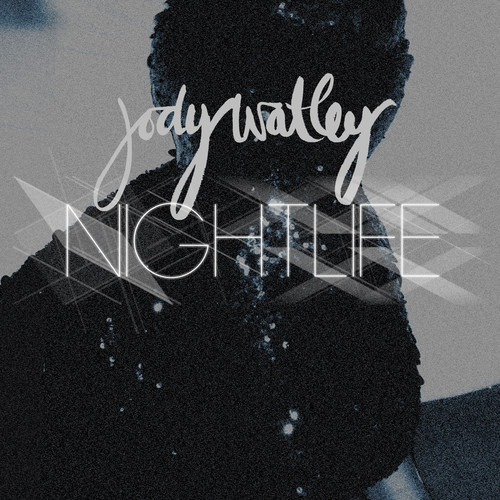 Luminodisco provides the music for the second song is called "Dancer." And it's another song that will get you grooving in no time! It makes you feel good. It's one of my favourite tracks! Seems like fans are picking up on a line that is really fun: "Hundred dollar bills ... even rock this joint in heels!" FABulous! 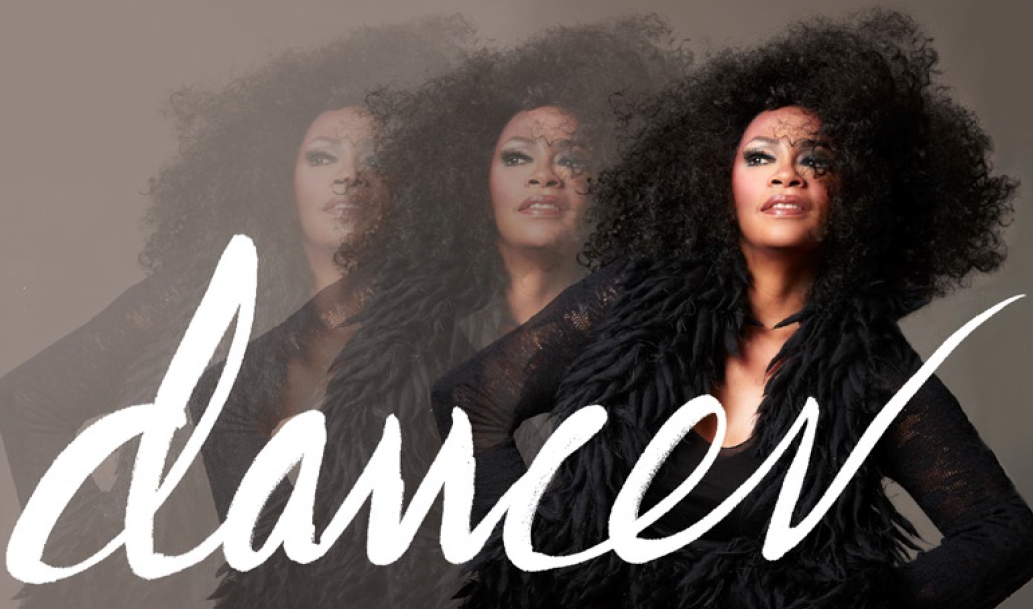 My other favourite song is called "The Dawn" is produced by Mark de Clive-Lowe. I was fortunate to see Jody perform this song live in Oakland. The lyrics go "Gonna party until the break of dawn!" And indeed, you might with this fun jam. You might even notice some throwback "Yeah Yeah Yeahs" that will remind you of a previous Jody Watley song! It's a wonderful song and I can't stop listening to it! 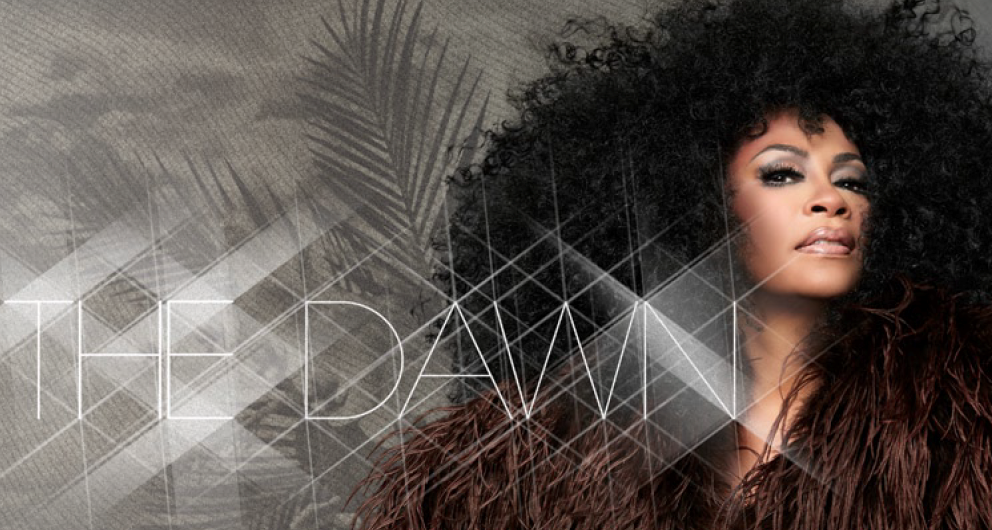 "Tonight's The Night" picks the beat up even faster with a call that "It's time to get down!" This is the one true club mix on the album. It was also produced by Mark de Clive-Lowe and mixed by Toni Economides. This song is aimed right at the dancefloor, or wherever you want to dance. Even though the beat is faster, it is a bit funky. Fantastic! 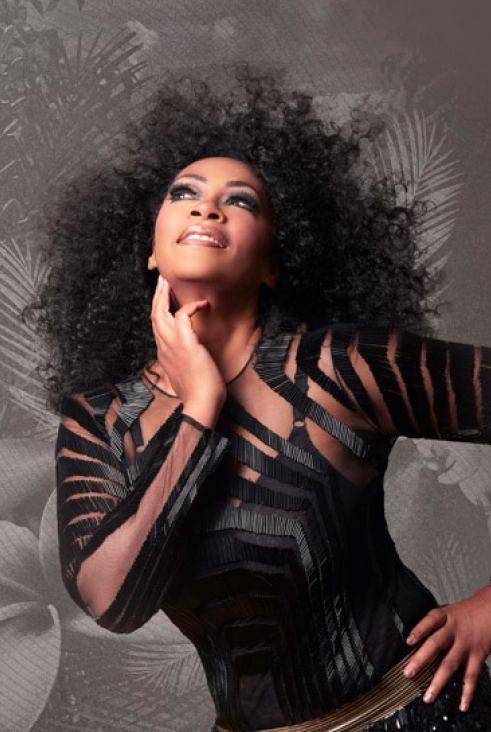 The EP's title track "Paradise" slows the pace down, but not too much. It is super groovy. Here Jody tells us what music means to her. And how all the elements come together to create Paradise. "One song can take you back to your past." YES! As music is the soundtrack to our lives, I will no doubt look back on this time in my life when I listen to Paradise in the future!

Paradise closes out with the summer chill groove Soulpersona Raregrooves Remix of "Sanctuary." Jody put this song up on her SoundCloud page earlier this summer. Click on the title to read when it was featured in Poptastic Confessions earlier this month. It's a great way to close the album. 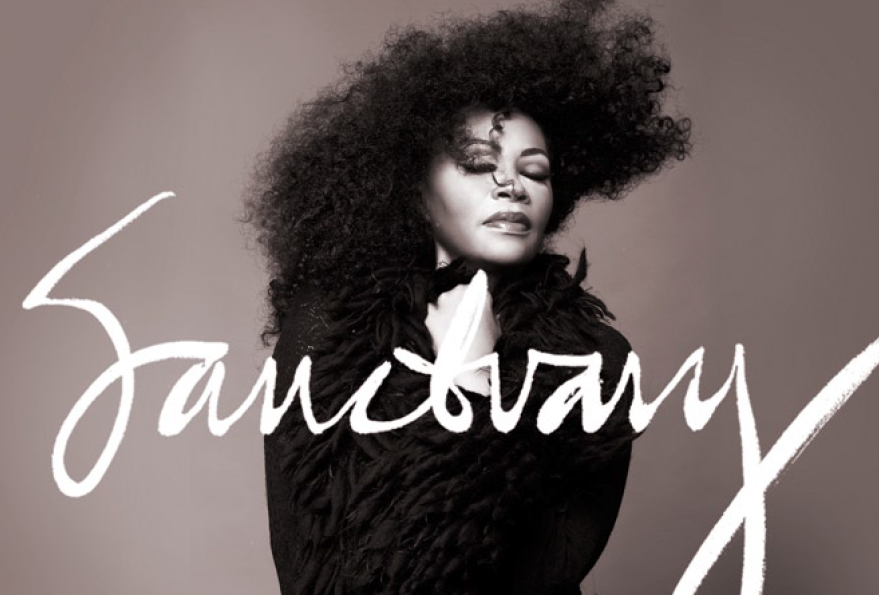 When you buy Paradise on iTunes, it comes with the video for "Nightlife." The video features the Dave Doyle remix, which features former original Shalamar member Gerald Brown singing the second verse. Have a look ...

And the digital package also comes with FABulous 8-page digital booklet, which is where the photographs in this post were taken. The photography was done by Albert Sanchez. Makeup by Billy B. Design by Ray Easmon. And Jody writes some inspirational liner notes to her fans. Jody has inspired me over the years, and she still continues to do so. 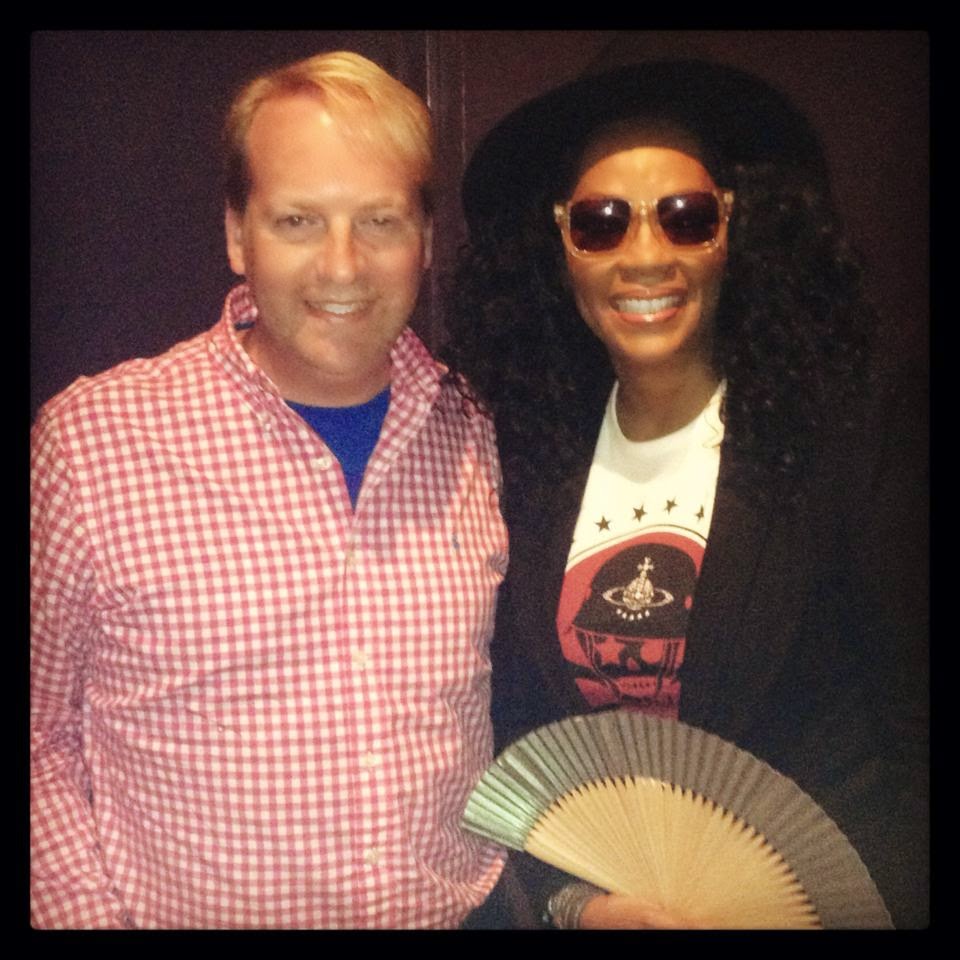 Paradise is an album not to be missed. Every song has it's charm. The two tracks I keep playing over and over are "Dancer" and "The Dawn." Both would be great single choices.

Make Paradise your album for the summer. You won't regret it! Buy it now on iTunes by clicking here.

Do It Again Video by Röyksopp & Robyn

Three months after the single's release, Röyksopp & Robyn have released their music video for the song "Do It Again" and it is epic! You can read what we wrote about the song earlier by clicking on the title. 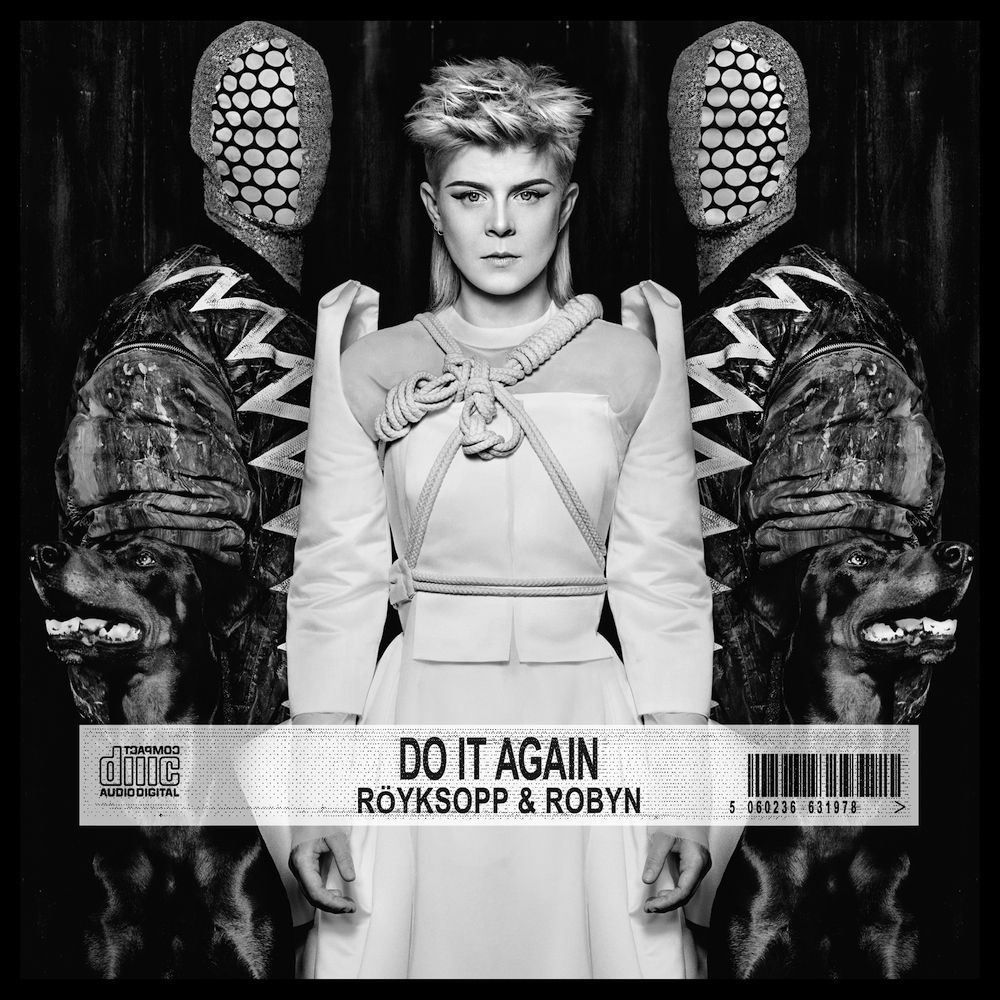 The video is shot in black and white and it is mainly about a revolution. There is another storyline about a woman with a leg brace. Overall, the video is fascinating. It was like watching scenes from a movie. I couldn't take my eyes off it. Have a look ...

The music for the video starts off a bit slower than the single version. But both versions are wonderful.

If you haven't bought this track yet, head over to your favourite digital outlet and legally download the mp3. It is available almost everywhere.


Posted by Davearama at 1:08 PM No comments:

The Swedish group Alcazar are back with a new trance-pop single. If you don't know who they are, click on their name for history lesson I did a couple of years ago. 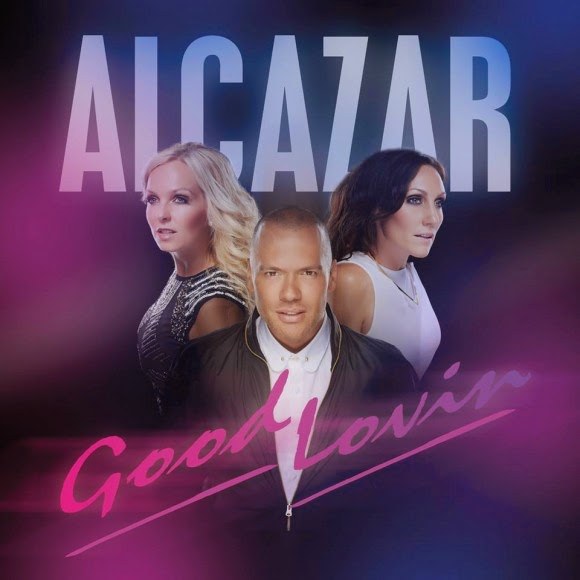 The new song called "Good Lovin." Yes, that's right: No g at the end of Lovin. Not even an apostrophe where the g should be. I suppose we can overlook this glaring mistake since the song actually pretty good. I think I might prefer it to their previous single "Blame It On The Disco." Click on the title to see what I wrote about that song earlier this year. The first few times I listened to "Good Lovin" ... I wondered if Tess was even singing on the song. But after further listening, I have determined that Tess is indeed singing, she is singing the verses with Andreas. Lina is shining bright on this track as she is singing solo at the beginning of the chorus. She is a great singer, and it is nice to hear her take the lead, so to speak. There currently is no video. Update: Here is a nice live performance.

"Good Lovin" is currently only available in Sweden on iTunes and Spotify. And there are even some nice remixes from SoundFactory, Around The Globe, Nasti & Clarks, and an extended remix. Here those remixes on YouTube, thanks to Thomas Daly yet again!

If you're not in Sweden, stay tuned. If I find a legal way to buy it, I'll let you know.


Posted by Davearama at 7:52 AM No comments:

Love Is by Glass Slipper

Glass Slipper are keeping fans happy by releasing yet another FREE track! That is the second free one this year. The new song is a downtempo number called "Love Is." 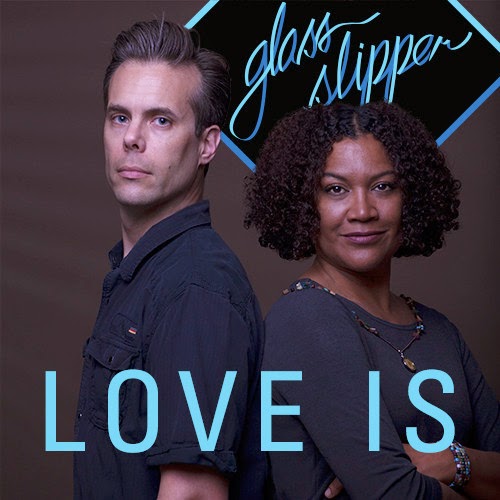 "Love Is" is a beautiful track, and it really shows Lisa's powerful vocals and range, as she is singing all the backing vocals herself. But we can't forget about BradElectro providing the music with the beats. It's just amazing. Have a listen.

Glass Slipper have more music coming this year. So get ready.

Are you looking for that some summer chill groove? Then Jody Watley has a new song that you are going to dig. It's called "Sanctuary" and it is ultra groovy. And you can hear the Soulpersona Raregrooves Remix below. 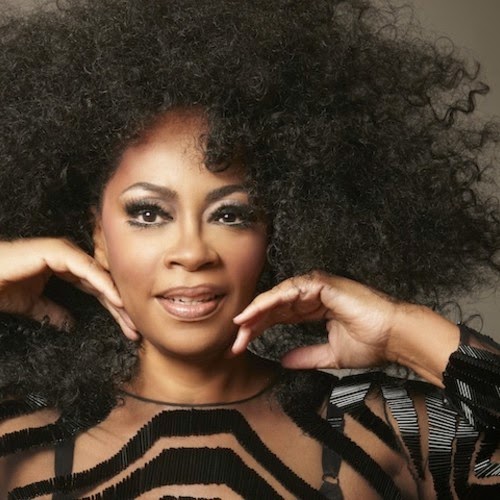 "Sanctuary" is from Jody's forthcoming EP called Paradise. As you know the first single from the EP was "Nightlife." It easily soared to the #1 spot of Poptastic Confessions year-end countdown of 2013.

"Sanctuary" is very different from "Nightlife" ... while "Nightlife" was a call to go out and look FABulous ... "Sanctuary" is reminder to remember to take care of your home life. When we saw Jody in concert earlier this year, she joked that the song would be played at our summer barbecues. And it would be great for that! But it's a wonderful song for just being in a chill mode. And the lyrics are uplifting and positive. Have a listen ...

Jody has embraced many styles of music over the years, and here is no different. And she masters it! She is a true artist, singer and songwriter. She isn't afraid to take risks, and I'd say the majority of her fans embrace her for this. You should, too!

"Sanctuary" will be released later this summer. Stay tuned!