Last week, we featured the new song leak by the Spice Girls. Perhaps you noticed that Sporty Spice Melanie C was absent from the song. That is right. Melanie C decided not to do the reunion to concentrate on her solo career. Her latest song is called "Dear Life." 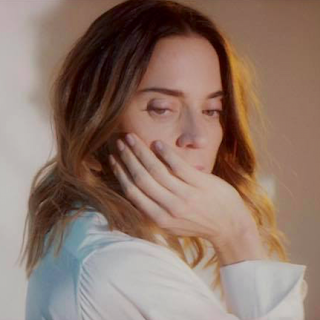 "Dear Life" is an lovely ballad with an epic chorus. She made a lovely video for the song. Have a look ...

This is the second single from her latest album called Version Of Me. The first single was "Anymore" and you can click on the title to see what Poptastic Confessions wrote about it back in September.

"Dear Life" is available on digital outlets everywhere. Support the artist by purchasing your copy today!

Roosevelt has released a new song from his debut album called "Belong" and you are going to love it. 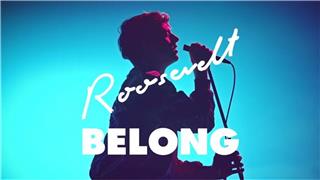 "Belong" is a great pop song with a chorus that will be "running around" in your head. Check out the video ...

Wasn't that awesome? Yes, it was. "Belong" is available on digital outlets everywhere. Buy your copy today! Check out our review of his album here.

A Song For Her (Leak) by Spice Girls

The Spice Girls, now down to a trio of Geri, Emma, and Melanie B (aka GEM), recorded some new music earlier this year and one of the songs has leaked. The song is called "Song For Her." 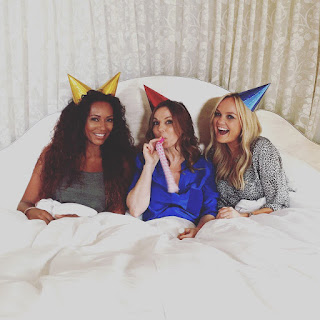 The song starts off a bit quiet and slow as the three take turns with the verses. And then it picks up speed with a fun, catchy chorus that has the Spice Girls signature sound. Have a listen ...


Back in July, Emma said this about the song. “We went and had a laugh in the studio. It’s not a single, it’s just we were creating. It’s just a demo and somehow it has got out there.”

Ever since hearing the song, the chorus has been stuck in my head. I don't think the song will be released this year as Geri is pregnant with her second child. But 2017 looks to be a great year for pop music!

Posted by Davearama at 7:32 AM No comments:

Earlier this year, we found out about Real Experts with their song "How About No" because Parralox did a fabulous remix. Well, Real Experts have dropped a new song called "Jealousy/Jealousy" and the best news is that they are offering it up to you free! 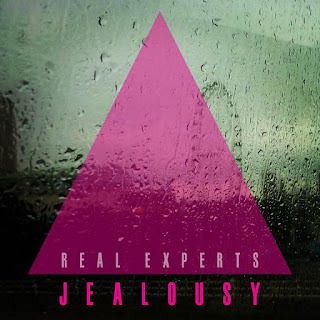 
Wasn't that awesome? Head over to their Bandcamp page to enjoy the free download. Here's what Real Experts had to say about the song ...

“For a long time we’ve wanted to cover Daggers, but wanted to co something clever with it. Pet Shop Boys have always influenced us and fortunately both songs are in the same key, so seemed fitting to merge Jealousy with Jealousy. It’s been nice to combine electronic tracks from difference eras, hopefully making it sound fresh and now.”

Cheers then,
—Davearama
Posted by Davearama at 7:35 AM No comments:

In an effort to catch up on some songs we missed featuring because of the US election, we want to point you in the direction of Sophie Ellis-Bextor as her latest song is called "Crystallise." 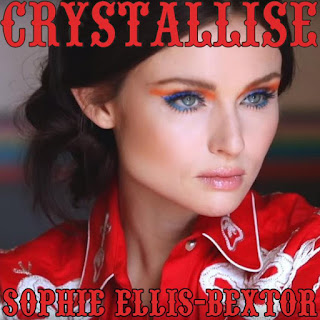 "Crystallise" is lovely ballad from her latest album Familia. The video is quite nice and Sophie looks stunning as usual. Check it out.

How about that chorus? So good.

One Woman Man by All Saints

A few weeks ago, All Saints released their single for their wonderful song "One Woman Man." The release came with some mixes but no video or promotion. 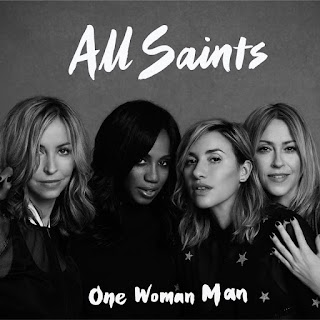 I kept waiting for a video to be released, but it doesn't look like one is coming. In the meantime, someone made a lyric video of the song using a video footage from a live TV performance earlier this year ...

The song is AMAZING! I wish it would have been the second single and given some proper global release (as the remixes aren't available in the US).

However, you can buy "One Woman Man" on their album Red Flag. Don't delay, buy it today!

Swedish electropop duo RABBII are back with their third single this year! The new song called "Sadness." 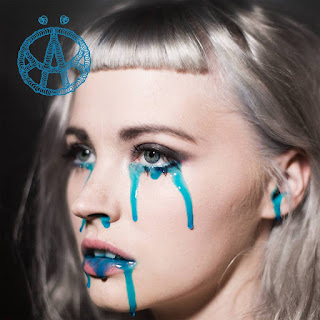 "Sadness" comes just at the right time as so very many of us are sad about the recent presidential election in the USA. Having said that, they've been sitting on this song for two years so it wasn't written about the election.

A beautiful sad song. How about that chorus? "Sadness" is available on digital outlets everywhere. Don't delay! Buy your copy today!

And don't forget to check out their other singles this year: "Chameleon" and "New Friends."

Posted by Davearama at 7:11 AM No comments:

Current Glass Slipper singer and former Real McCoy singer Lisa Cork-Twiss has a new song out with Black Magic Disco called "Better Than Alright." And let's just say that is indeed better than alright. It is fabulous! 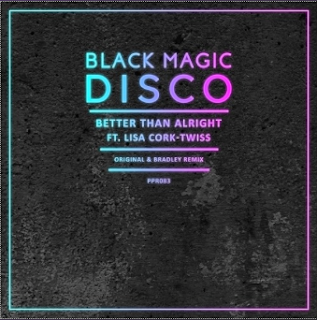 The song isn't that far away from the sound of Glass Slipper as it is deep, soulful, funky house music. Lisa's vocals are, as always, amazing. I'm sure she is sing the backup parts, too. The music is reminiscent of Robin S, but without sounding dated. Have a listen here by clicking here (we were unable to embed it).

Pretty awesome, right? We love it. 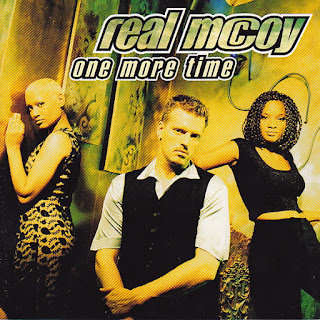 Now you might remember that Lisa was interviewed in Poptastic Confessions back in 2013 after we tracked her down to find out what happened with the 90s-eurodance group Real McCoy. 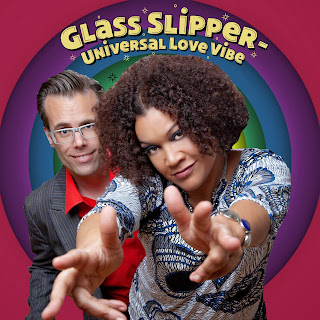 After our interview, my friend Brad contacted her and together they formed the duo Glass Slipper. We've been promoting their songs ever since. Just use the search feature here to look up Glass Slipper. Don't worry that the new song isn't with Bradley because he has remixed the track!

Former Bananarama member Siobhan Fahey (aka Shakespears Sister) is back with a new song called "Hell.A." with the group Titán. 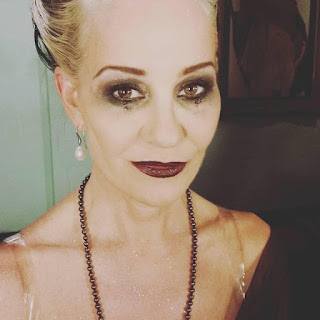 It's been awhile since we heard from Siobhan. If you don't know her, she was an original member of Bananarama from 1980 to 1988. Bananarama with Siobhan are best known for their hits "Really Saying Something", "Shy Boy", "Na Na Hey Hey (Kiss Him Goodbye)", "Cruel Summer", "Robert De Niro's Waiting", "Venus", "I Heard A Rumour", "Love In The First Degree", and "I Can't Help It." 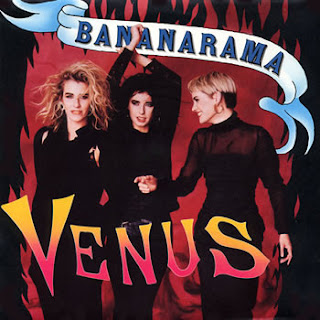 Bananarama in 1986: Sara, Keren, and Siobhan 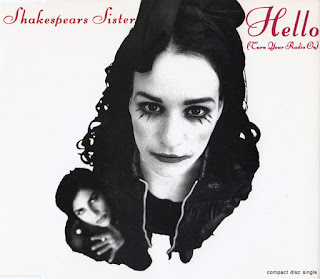 Shakespears Sister in 1992: Siobhan and Marcella

Siobhan even released three singles under her own name between 2002 and 2005: "Bitter Pill", "Pulsation", and "Bad Blood." 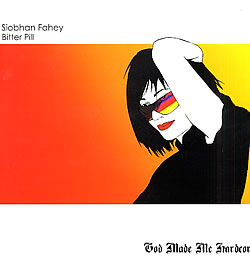 I'm not sure exactly who Titán is, but apparently they are an electronic rock group. They have a new album out called Dama. You can listen to the new song "Hell.A." here ...

Siobhan is channeling her inner Grace Jones and we love it! And the male rapper is channeling Jean-Pierre Barda from Army Of Lovers! Check out this amazing performance ...