RABBII have released the video for their third single "Chameleon" and it is a big-budget affair! 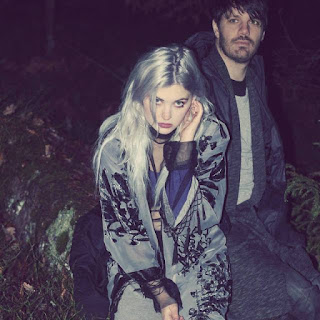 The song is great! The 405 Website describes the song as "a cool glassy electronic piece dealing with the negative feelings that result when trying to conform to society's expectations. (Although from vocals to production to the stirring visuals, the band surpasses them.)"

Check out the video for "Chameleon" here ...

"Chameleon" will be available on March 25.

Cheers then,
—Davearama
Posted by Davearama at 11:17 AM No comments:

One Strike by All Saints 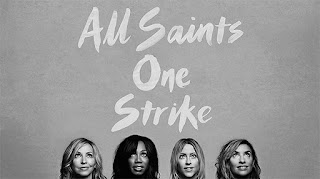 They have just released “One Strike” — the first single from their fourth album: Red Flag. The song amazingly manages to sound like an All Saints song and current at the same time. Have a listen ...

Ten years ago, when they released Studio 1, it looked as if things were going well for them, but after the album didn’t sell very well, every plan was dropped.

Now I really hope their record label (they’re back with London Records, who were responsible for the release of their first two albums) is being realistic with their expectations and do what they can to promote the girls! 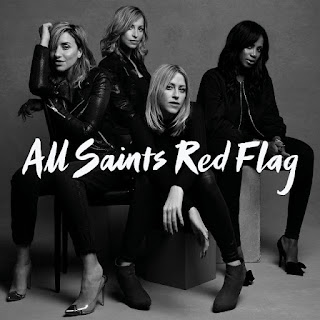 The album Red Flag will be released on April 8th (one week after Pet Shop Boys’ Super. That’s going to be a good month for pop fans like us!)

As we predicted in our 2016 Pop Music Forecast, the Pet Shop Boys are back this spring with a new album called Super and the first glorious single is called "The Pop Kids." 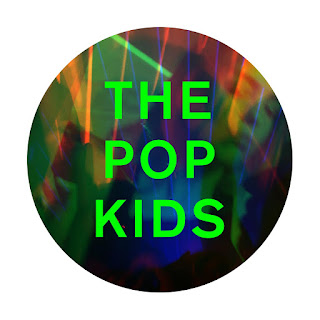 "The Pop Kids" is a dance-pop song that picks up where their last amazing album Electric left off. It is a brilliant return to form for the group. Check out the lyric video ...

Wasn't that awesome? Yes, it was! 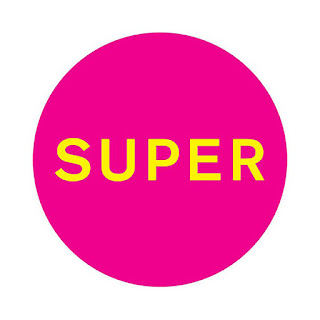 The album Super is released on April 1. However, you can preorder the album on iTunes and get "The Pop Kids" as well as another track called "Inner Sanctum."

Cheers then,
—Davearama
Posted by Davearama at 9:29 AM No comments:

Last month we highlighted the new song "Get Back" by Louise Love and it got a lot of attention. We even had someone volunteer to write a review of her live show. That someone is Naomi! And without delay, here is her review!

Each year, I like to set myself a little challenge. In 2014 and 2015, I committed to making every single decision from my heart as opposed to my usual head-based tactics. In 2016, I plan to curiously learn, create and soak up new experiences. Enter Louise Love and the electronic pop world.

I still remember the first time I listened to Louise’s last album First Day. I was hooked. Having never experienced electronic pop, I felt my musical horizons expanding. A new appreciation for musicians, creativity, wonder and awe opened within me. 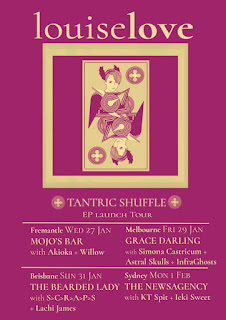 When Louise announced the launch of her new EP Tantric Shuffle, I purchased a copy straight away. And yet again, I was hooked. In the lead up to her national tour, I found myself bobbing at my standing desk each day as I worked and listened to her songs on repeat.

Before I knew it, I’d booked plane tickets to Brisbane to witness her gifts in person at her Queensland show for the Tantric Shuffle launch. I also reached out and asked if I could interview her for my own blog on all things creativity, music, inspiration, writing, self care and more. A Louise Love super fan had been born. 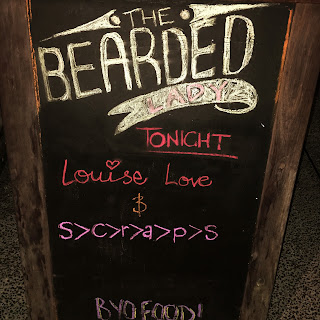 Upon arriving at The Bearded Lady on Sunday night for the show, my husband and I were excited but nervous. Both being shy introverts from a quiet small town, the city and pub life were a rare occurrence for us — but we were there ready to soak up a new experience.

As soon as we walked into the room, we were greeted with a big smile by Louise Love herself and her supporting act S>c>r>a>p>s before eagerly taking a seat in the front row and waiting for the show to begin. 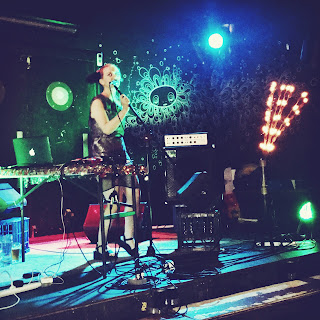 Louise blew us away. She looked stunning in her gold outfit and black head piece, surrounded by lights, with a captivating video backdrop. Her vocals were powerful, beautiful and moving. Her beats a mind-blowing experience for the ears and heart. And she was clearly a performer, dancing while she sung and infusing her personality and humour between songs. 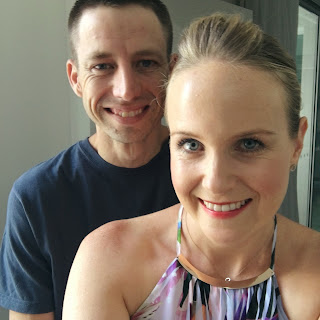 As non-dancers, we are usually the ‘boring’ couple sitting in the corner quietly appreciating the music — but even we couldn’t sit still and found ourselves bobbing and moving in our seats while people danced and moved with the music in front of us. It was an incredible night, and totally worth the 4 am rise the following morning to catch our return flight home.

If you missed out on seeing Louise Love live, I HIGHLY recommend that you get your hands on a copy of her EP Tantric Shuffle and previous album First Day for as little as $5 each. I am willing to bet that you too will be bobbing away upon hearing the tunes!

‘Get Back’ Video Clip: https://www.youtube.com/watch?v=Q8yzyn90hAg 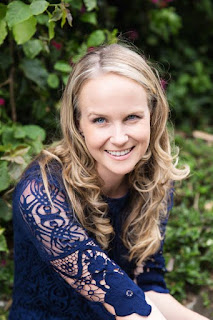 Naomi Arnold is an internationally certified Business & Life Passion Coach who works with big hearted, creative and mission driven people who want to make a difference in the world. Through her coaching, writing, upcoming podcast and award nominated Freebies Library she aims to help people embrace their uniqueness, liberate their inner superhero, and live their version of a passion-fuelled and purposeful life. You can connect with Naomi at www.naomiarnold.com or on social media at Facebook, Instagram or Twitter.

Posted by Davearama at 8:51 AM No comments:

Say A Prayer For Me by Rüfüs Du Sol

Over the years, my dear friend Jason has introduced me to pop groups before they made a splash. We met through our love of Bananarama. 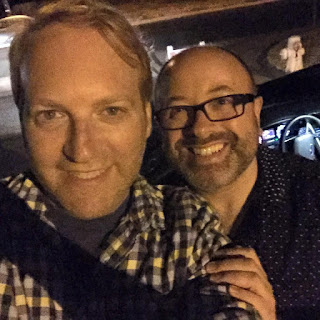 I have to thank him for introducing me to Le Kid! And he even brought Capital Cities to my attention before they were popular. Since I trust his taste in music, he recently told me about Rüfüs Du Sol so I asked him to write about them for Poptastic Confessions. He agreed! Without delay, here is Jason! 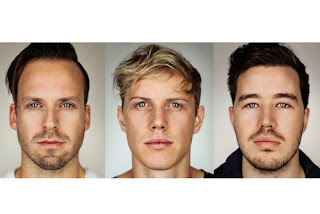 Rüfüs Du Sol (known simply as “Rüfüs” outside North America) is an indie-dance trio formed in 2010 and hailing from Sydney, Australia. Consisting of lead singer Tyrone Lindqvist, keyboardist Jon George and drummer James Hunt, the group excels at marrying catchy melodies to a nu-disco/electronic sound while working within a pop-friendly verse-chorus-verse construct. 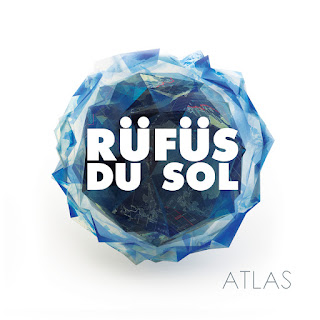 After a couple of well-received EPs in 2011 and 2012, they released their debut album Atlas in 2013, which went on to become certified gold in their native country and spawned several hit singles. 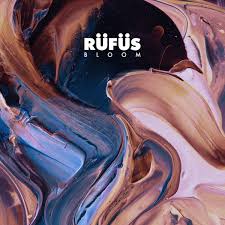 With three outstanding singles all preceding it throughout last year, the band has finally released their sophomore album Bloom. Kicking off the album’s launch comes the brand new single “Say A Prayer For Me.” 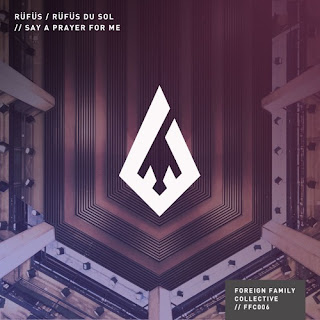 Treading in the chilled yet danceable, mid-tempo groove Rüfüs Du Sol has more or less perfected by now, the track has an added warmth and soulfulness to it that sets it apart. Lindqvist’s ever so slightly raspy voice, occasionally wavering in and out of falsetto, is perfectly matched to the world-weary lyrics. (“Say a prayer for me. Can you do it? I could use it.”). The result is surprisingly affecting. Check out the video ...

Rüfüs Du Sol's music is available on digital outlets everywhere. Support them by buying the music.

Posted by Davearama at 7:38 AM No comments:

Got To Get Away Live by Bananarama

Bananarama are currently touring Australia to sold-out shows! And they are premiering a new song called "Got To Get Away." 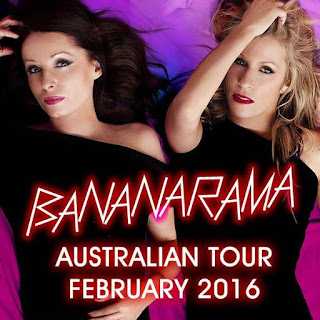 Much to fans surprise, it appears to be a pop-rock track instead of a dance-pop song. It even has a guitar solo! Thankfully, my friend Mike D recorded them performing the new song live and it is on YouTube for fans all over the world. Have a look ...


While it certainly isn't their first venture into pop rock, and their have been guitar solos before. It has just been awhile.

"Got To Get Away" isn't available anywhere yet. Nor is it known if it will be the next single. Stay tuned!