Thank you so much for all the shares and retweets of Poptastic Confessions! We have had a record number of visitors this week and it has been really wonderful. Now in case you didn't know, here are some Bananarama news tidbits. 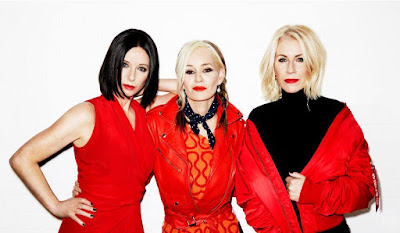 1. The tour is already beginning to sell out! A second London date was added! Thank goodness, as we weren't able to get tickets to the first show. We will be there at the second show! Go to Bananarama's official website to get links to buy tickets. 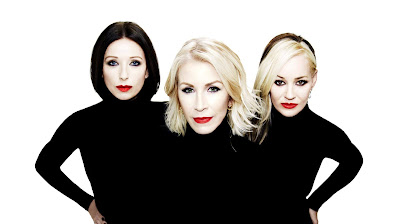 2. Looks like Bananarama are planning to record a single! Woo! Now let's hope that translates into a full album! 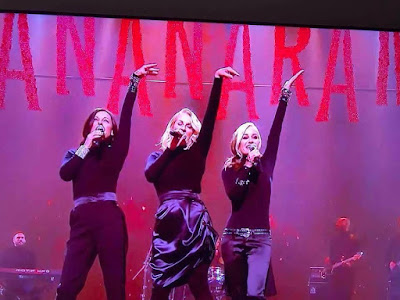 3. They performed "Venus" yesterday for a TV show set to air May 3rd. Stay tuned. 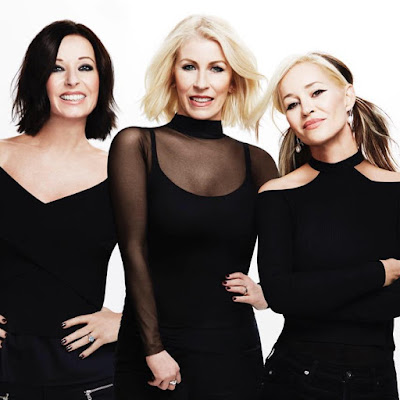 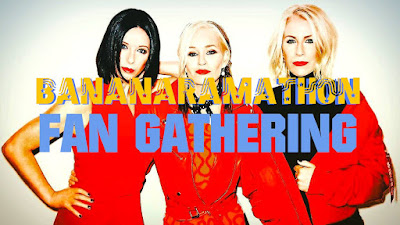 5. If you are a Bananarama fan and you are in London on November 18. There is a fan gathering called the BanaraMathon.

We do have other new music to cover soon! We've just been in a daze this week with all of the Bananarama news.


Please share and retweet our posts!
Posted by Davearama at 1:27 PM No comments:

The original lineup of Bananarama have reformed!

Glorious news! The original lineup of Bananarama have reformed! Sara, Keren, and Siobhan are back as Bananarama and they are going on tour! HOORAY! 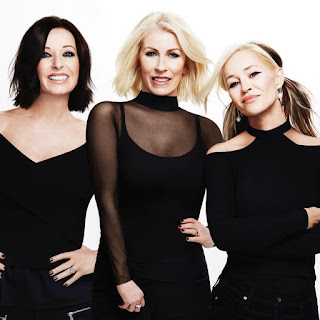 Back in the early 80s, Bananarama were formed by Keren Woodward and Sara Dallin (who were childhood friends), and Siobhan Fahey who Sara met in journalism school. Before they were a group, they used to jump up on stage with the Sex Pistols and do backing vocals. Their first single was a Swahili cover of Black Blood's "Aie A Mwana." Since it was somewhat tropical, they chose the name Bananarama. 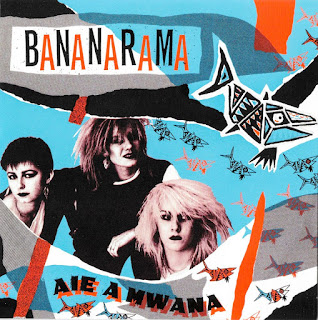 Bananarama in 1981: Keren, Siobhan, and Sara

Around that time, Bananarama got their photo in the magazine The Face, which caught the eye of former The Specials singer Terry Hall, who then had a new group called Fun Boy Three. Terry asked Bananarama to sing on their next record "It Ain't What You Do." The result a top 5 hit in the UK! 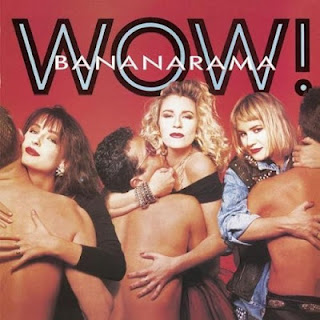 Bananarama in 1987: Keren, Sara, and Siobhan 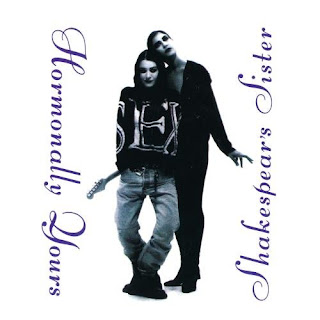 Shakespear's Sister in 1992: Siobhan and Marcella

Siobhan married Dave Stewart of the Eurythmics, and then she left Bananarama in February of 1988 to create Shakespear's Sister with Marcella Detroit. They went on to have hits like "You're History", "Stay", "I Don't Care", and "Hello (Turn Your Radio On)." After 1993, Siobhan carried on making music both under her name as well as Shakespears Sister. 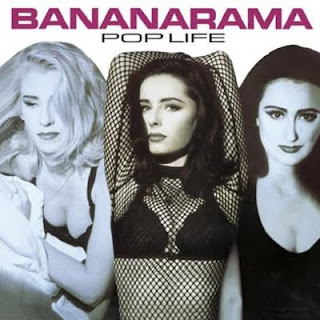 Bananarama in 1991: Sara, Keren, and Jacquie

After Siobhan's departure, Bananarama hired former Shillelagh Sisters lead singer Jacquie O'Sullivan to be the third member. Together with Jacquie they had the hits "I Want You Back", "Love, Truth & Honesty", "Nathan Jones", "Help!", "Cruel Summer '89", "Only Your Love", "Preacher Man", and "Long Train Running." Jacquie left Bananarama in 1991. 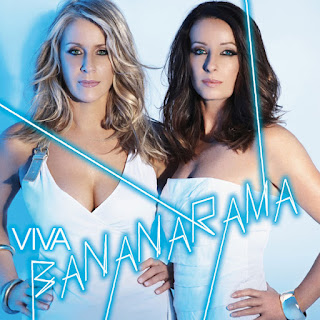 Bananarama in 2009: Sara and Keren

After Jacquie left, Sara and Keren continued Bananarama as a duo having these singles: "Movin' On", "More, More, More", "Every Shade Of Blue", "Move In My Direction", "Look On The Floor (Hypnotic Tango)", "Love Comes", "Love Don't Live Here", and "Now Or Never." 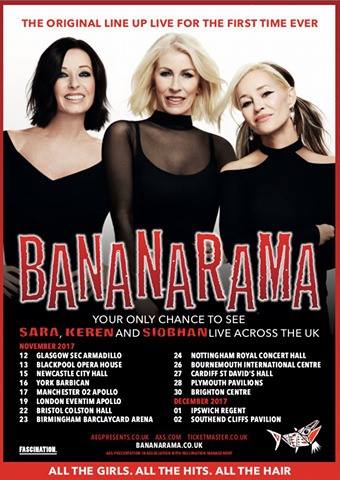 And now the original trio are back and on tour. Let's hope they decide to make more music. Sara, Keren, and Siobhan briefly reunited as Bananarama in 1998 for a cover of ABBA's "Waterloo." Let's hope we get more than one new song from them this time around.

Please share and retweet our posts!
Posted by Davearama at 1:24 PM 5 comments:

Bananarama are making a huge announcement tomorrow! And the buildup has had fans going crazy. Here's what has happened this week ...

On Friday, the social media accounts for Bananarama published this slot machine with 1 banana.

And on Sunday (today), we got 3 bananas!


How glorious is that? What is going on?

Look for and use the hashtag: #Bananarama2017

Welsh Pop Princess Ani Glass has released her EP Ffrwydrad Tawel (Silent Explosion)! The EP has 6 songs that you will love, even if you don't speak Welsh! 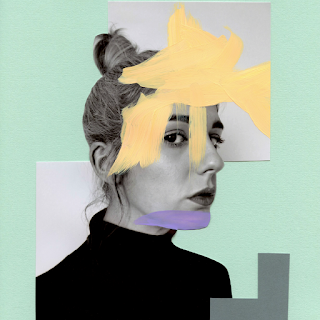 Ffrwydrad Tawel is named after one of Wales' leading contemporary artists Ivor Davies' exhibition of the same name. The exhibition was held at the National Museum in Cardif, Wales. Ani was so inspired by his used and mix of Welsh language, bleak colors and destruction to reflect Welsh society, that she used this inspiration to come up with 6 tracks for her first EP. 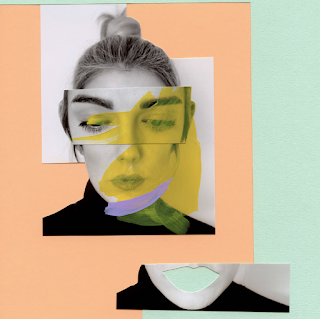 The EP opens with the track "Y Newid" (Change). It sounds like a woman's choir singing a cappella, however, you get the feeling that Ani is singing all of the parts. Before you know it there is a vocal sample from socialist activist (Labor councillor) Ray Davies during his speech at the Yes Cymru rally in 2014. The beat kicks in, but not for long. 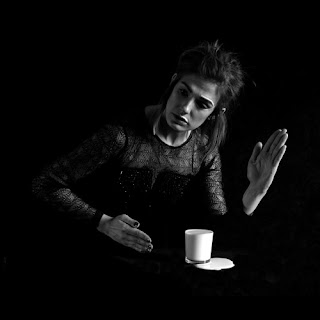 The second track is Ani's single from last year called "Y Ddawns" ("The Dance"). It is very spooky and hypnotic. We love it! 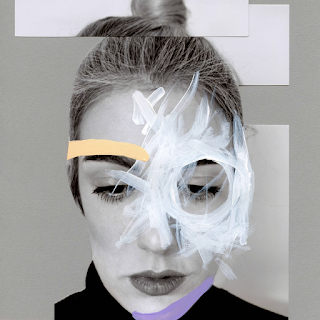 The beat picks up with "Dal i Droi" (Another Day). It is a dreamy fun pop song with a catchy chorus. 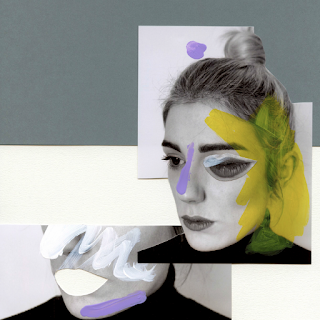 Our favorite track on the new EP is "Geiriau" (Words). It is epic and the music reminds of us the 80s group Berlin. The lyrics are about Ani's experience of leaving him, moving away to make a new life and returning years later. So as you can imagine, it is quite emotional. 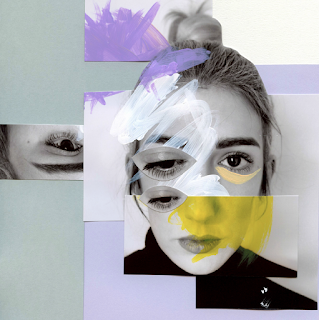 There is an interlude called "Mor Hapus" (More Clear) that has some normal daily work-life sounds. 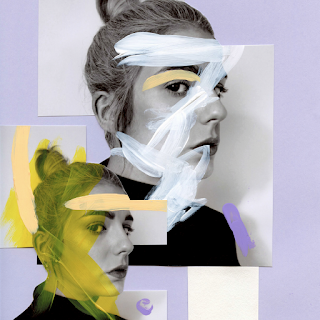 The EP closes with "Cariad Cudd" (The City Sleeps) starts off as bit of a ballad, but the verses have Ani speaking from a speakerphone surrounding the chorus. 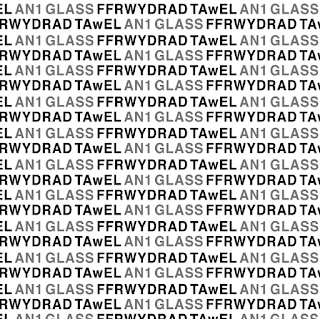 All in all, it is a great EP! We don't speak Welsh, but it doesn't matter. Let the music take you on a journey. 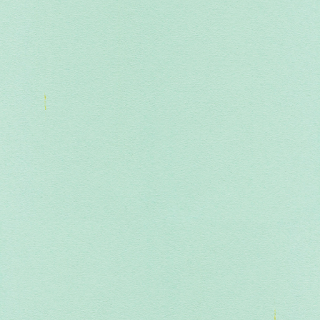 Ffrwydrad Tawel is available to purchase on Bandcamp, which gives the artist more money. Buy your copy today!


Posted by Davearama at 7:53 AM No comments:

Cry A Little by Glass Slipper

Lisa and Bradley, aka Glass Slipper, have churned out another deep house groove that will have you moving in no time. The fantastic new song is called "Cry A Little." 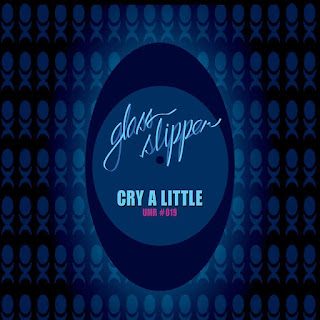 "Cry A Little" is a jam that has some dark musical elements with steady beats. Lisa's soaring vocals really bring the track to life. And the lyrics are about having a broken heart. But somehow hearing Lisa singing makes it all a bit comforting. Have a listen ...


Wasn't that lovely? Yes, it was. That was the original version. There are mixes by K-Zan, Manuel Costela, and Will Wee. Sadly, there is no radio edit.

Currently, "Cry A Little" is only available to purchase exclusive at Traxsource. Don't delay! Buy your copy today! You can also listen to it on our 2017 Poptastic Playlist on Spotify!


Please share and retweet our posts!
Posted by Davearama at 1:39 PM No comments:

Our Swedish guilty pleasure Dolly Style are back with a new song called "Bye Bye Bby Boo." What is that third word? Well, they just took the a out of "baby." 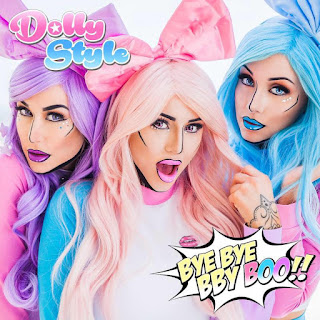 "Bye Bye Bby Boo" is pure pop! However, it's probably the most downtempo of all of their songs. It's not really a ballad, but you could certainly hear it being one in another world. Speaking of other worlds, the Dollys (Molly, Holly, and Polly) have become cartoon characters in the video (and the single cover) with some black makeup outlining their faces. Have a look ...

We aren't totally convinced about the black makeup cartoon lines. But no matter ... we think Dolly Style is fun and we need more fun in the world now.

It appears the track is only streaming right now. Hopefully on iTunes soon. You can also listen to it on our 2017 Poptastic Playlist on Spotify!

Posted by Davearama at 11:23 AM No comments:

Scared Of The Dark Video by Steps

Happy Friday! Steps released their video for "Scared Of The Dark" today and it is fabulous! 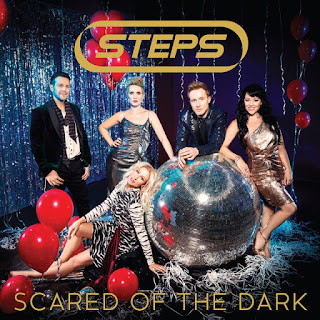 "Scared Of The Dark" is available on digital outlets everywhere. Buy your copy today!

Please share and retweet our posts!
Posted by Davearama at 6:49 AM No comments:

Spring is here and we hope you are enjoying the warmer weather. This next song is getting us in the mood for summer. We love it, and we think you will, too. The song is called "Lucy (Sun Goes Up)" and it is by Chris Tall featuring Maydar. 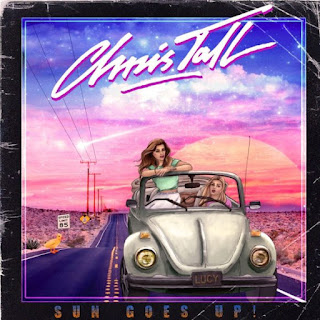 Chris Tall is a Swedish producer and Maydar is a Swedish DJ/producer as well as a singer. "Lucy (Sun Goes Up)" is a disco jam that will have you longing for summer to be here so you can drive around in a convertible (preferably a Volkswagen Beetle like the artwork) while listening to this ...


Wasn't that awesome? Yes, it was. We must thank Scandipop for highlighting this one!.

"Lucy (Sun Goes Up)" is available on digital outlets everywhere. Buy your copy today! You can also listen to it on our 2017 Poptastic Playlist on Spotify!

Posted by Davearama at 12:50 PM No comments: