WOW! What a weekend in UK POP!

Before the weekend started, Bananarama performed at the Olympics during halftime of the Men's Beach Volleyball final. Unfortunately it wasn't filmed for TV, although it was filmed at a distance. They sang a medley of "Cruel Summer"/"Love In The First Degree"/"Venus." 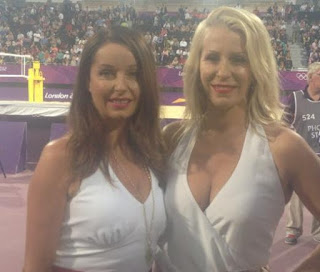 Bananarama at the Olympics: Keren and Sara

Breaking news! Here is someone's recording of their performance. Although they didn't record "Cruel Summer." Oh well, it is FABulous. Enjoy!~

Fast forward to the Olympics Finale! The Pet Shop Boys sang "West End Girls" and George Michael sang "Freedom '90." I can't seem to find online performances online due to Olympics not allowing it. 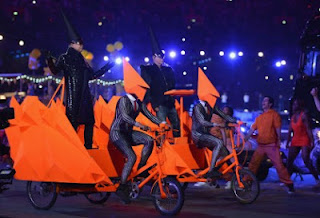 But the best part of the night was the reunited Spice Girls! They sang "Wannabe" and "Spice Up Your Life." As fun as it was to see them again, it went far too quickly. But that was super exciting and I'll admit that it had me listening to all 3 Spice Girl albums today. 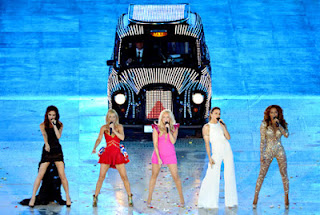 It's too bad that Bananarama didn't perform in the finale. As they definitely deserve to be there. But oh well. They were at the after party as Sara tweeted this photo of her and George Michael. 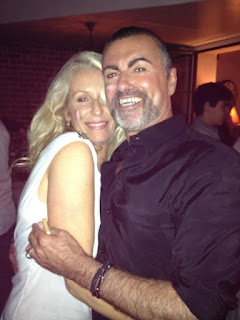 Also, no indie pop artists, like say The Pipettes, performed! Which by the way, my interview with Ani last week has been a very popular! Thank you!

And while we are talking about them, on Saturday afternoon I discovered the video for Gwenno's new single "Ymbelydredd." Check it out ... It's quite lovely!

Gwenno's video is no longer available.

All of these songs here are available on iTunes! Support them!