Ace Of Base also should have released more singles in 2011

Again, as I get ready to countdown my Top 20 songs of 2011, there is a group who probably should have been in my Top 20. Ace Of Base! What? What ever happened to Ace Of Base? Well, before I tell you ... let's review their history. Any time you see a song title below, you can click the link and it will show you the video/song or performance on YouTube.

Ace Of Base is Swedish band and founded in the early 90s by three siblings: Jonas, Linn and Jenny Berggren; and their friend Ulf Ekberg. Linn and Jenny shared lead vocals, although in the beginning, Linn did the majority of the lead vocals. Jonas and Ulf wrote most of the music, with Linn and Jenny writing, too. 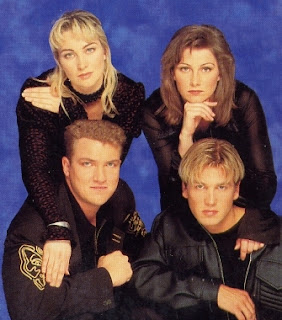 Left to right: Linn and Jenny, Jonas and Ulf.
Their debut album was called "Happy Nation" and released in Europe in early 1993. It spawned the singles "All That She Wants", "Wheel Of Fortune", "Happy Nation" and "Waiting For Magic." Their sound was unique as half the songs were reggae pop with a Swedish twist and the other half were techno pop that was great for dancing. 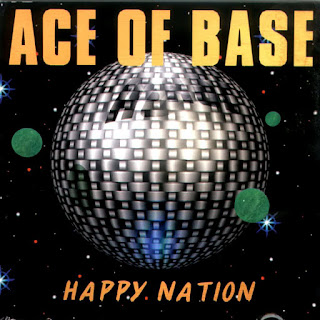 The president of Arista Records in the US heard "All That She Wants" in Europe and signed the band to release their music in North America. That song was released in the US in the fall of 1993 and it soared to #2 in the charts. The album was renamed "The Sign" and it was refreshed with some new mixes of some of the songs, as well as some new songs. It was definitely a party album! In the UK, they got the same new album, but it was called "Happy Nation — US Version. 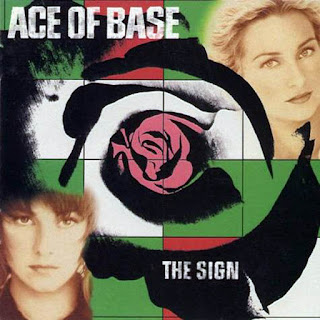 The band didn't have much time to rest after their rise to success. Arista wanted a follow up album fast. The band started writing songs as fast as they could. To make things go faster, each member was encouraged to write their own songs. As a result, the next album "The Bridge" had quite a different feel to it. It wasn't a party album at all. Sure, there were some fast songs, but the majority of the album was mid-tempo ballads. 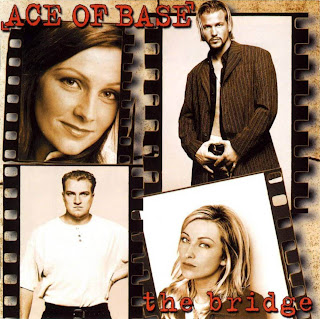 In Europe, the first single was "Lucky Love." It was still a bit reggae pop. It was released in the summer of 1995. The second single was also the first single in the US, and it was called "Beautiful Life." Released in the fall of 1995, it was a hi-nrg piano stomper with a gospel choir! I loved it. Sadly, it only went to #15. The US got an acoustic version of "Lucky Love" as the second single, but it stalled at #30. A third single was released in the spring of 1996 and it was fantastic "Never Gonna Say I'm Sorry." It had a killer bassline that was similar to their earlier sound. Unfortunately, the single flopped in the charts and on the radio. However, the remixes were big in the clubs.

The band took a break long break and finally came back with the wonderful single "Life Is A Flower" in the spring of 1998. It was a pretty big hit all over Europe and in the UK. Unfortunately, the band's US label Arista, thought the song was too European for the US and it wasn't released. The band released their album "Flowers" in Europe with the next single, a cover of Bananarama's hit "Cruel Summer." 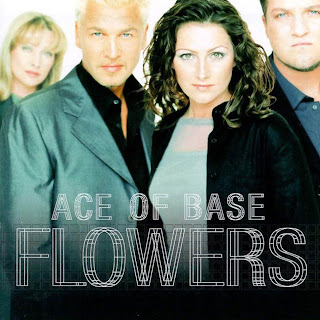 Believe it or not, I might have had a part in Ace Of Base covering the song. You see, in 1997 I was part of a Bananarama emailing group. I came up with idea of a Bananarama Tribute Album. I emailed in saying that Ace Of Base should cover "Cruel Summer." Well, someone on the email list happened to work at their record label in Europe, and during a meeting with the band, this person mentioned the idea of the cover and the band liked it. Who knows if it really went down that way? But yes, in 1997, I predicted Ace Of Base would cover "Cruel Summer." A year later, they did. 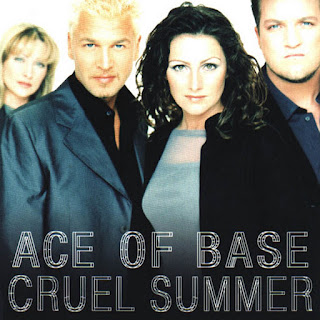 The second single in the US was quite strange. It was "Life Is A Flower" with completely different lyrics and a different music arrangement. The song title was called "Whenever You're Near Me." Arista has someone write new lyrics as they thought the US wouldn't relate to "Life Is A Flower." And the strings were taken out. The result, a bland pop song that flopped in the charts. In Europe, the next single was the dreamy "Travel To Romantis." In the UK, they got the single "Always Have, Always Will." In early 1999, the UK got another single, this time it was the ballad that Linn sang called "Every Time It Rains." The US got another promo single called "Cecilia." I actually remember hearing it on the radio twice. But it never charted.

At the end of 1999, Europe got a greatest hits package called "Singles Of The 90s" with a new single called "C'est La Vie (Always 21)". In the spring of 2000, the "Greatest Hits" was released in the US. This was given a promo single of "Every Time It Rains", except it was given a remix to make it more dance friendly. In Europe, the second single was fun little song called "Hallo Hallo." 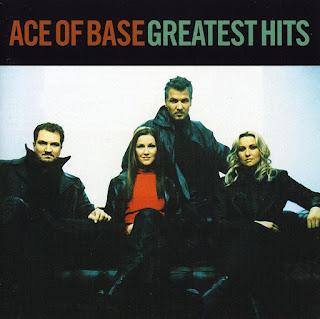 Things were quiet again, then in the fall of 2002, the group released their first single in Europe called "Beautiful Morning" from their album "Da Capo." This studio album from the group still had Jenny on lead vocals. However, Linn's vocal contribution seemed a bit more this time around. And again, Linn sang lead on only one song. The second single in Europe was "The Juvenile", which was originally written to be a James Bond theme song. The third and last single "Unspeakable" was released in early 2003. It was the last video to be made with the four founding members. There was a lot of buzz about the dance track called "Da Capo" being a single, sadly it wasn't. 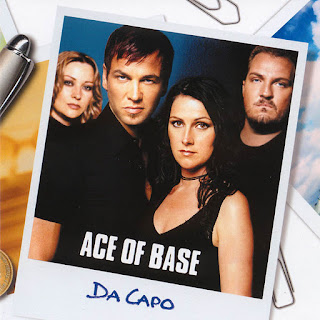 Five years went by and in 2008, the band reformed but Linn decided that she was done with the music business. Jenny, Ulf and Jonas carried on. First up was a tour around Asia and Europe. They re-recorded some of their old songs and even released a single, which was a remake of their 1993 song. The new version was called "Wheel Of Fortune 2009". It was electro. It was awesome. Fans were really excited about new material from the band. 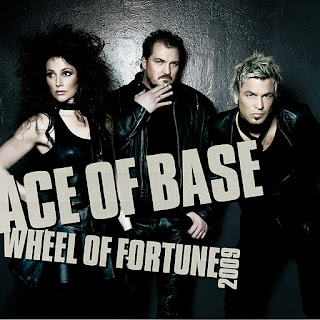 The band started working on their next studio album. They were shopping demos to record labels. However, most record labels didn't want to sign the band because the group was thought of as 4 people with 2 female singers, even though Jenny had taken the lead since 1998. Tensions within the band grew. Jenny decided to take break and do a solo album. Jonas and Ulf still wanted to continue on, but suddenly they had no vocalist. So, they recruited two new singers Clara and Julia. 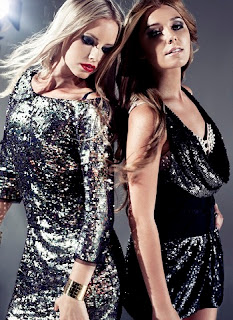 Julia and Clara
Jenny didn't want the new group to use the name Ace Of Base. She felt that they should use another name. Jonas and Ulf wanted to use the name, and ultimately they did. Unfortunately, both sides used Twitter and Facebook to express their upset feelings with the other side. Fans were really upset that they had to take sides in the matter.

Jenny started her solo career in the spring of 2010. In the fall of 2010, the new Ace Of Base with Clara and Julia released their first single in Europe called "All For You" and the album "The Golden Ratio." Neither single or album charted very high. There were rumours that the song "The Golden Ratio" was going to be the next single. However, nothing ever happened. I was OK with that song not being the next single. But I wanted more singles. There were great songs on the album. 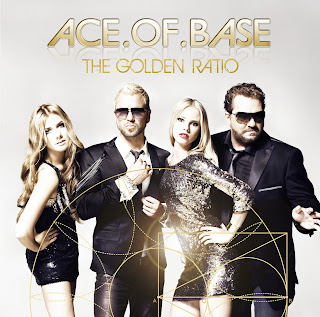 And that leads us where I started at the beginning of this thread. Ace Of Base should have had more singles in 2011 from the album. I would have picked "Blah Blah Blah (On The Radio)", "One Day" and "Vision In Blue." The first two have that reggae pop beats that identifies the group. The last one was is heavier dance beat that is reminiscent of their previous dance songs, while being very modern.

As upset as I was that Jenny wasn't in Ace Of Base anymore, I have to say ... I liked the new singers Clara and Julia. I thought they did a good job of capturing the spirit of the band, while adding something new, too.

I'm not sure what the future of the band is. Hopefully more music, and soon!

You can purchase all of Ace Of Base albums on iTunes.
Posted by Davearama at 11:50 AM